For those of you unaware, I received my Bachelors in Theater Arts just a few months ago. I wrote a number of plays and sketches, both for classes and to actually be produced, and I wrote all of them on Ubuntu.

Unfortunately I was never able to settle down into anything more specialized than OpenOffice. While certainly full featured, typing in nothing more than a Word Processor is not, for everyone, entirely conducive to the writing process. Distractions abound, and it is difficult to really focus on what you’re doing even if you have the will power, simply because of the wide range of flashing indicators and bouncing icons and such.

Even the OpenOffice interface offers formatting and other distractions. As many of you are fully aware, it takes 2 clicks to get something as simple as a word count, which is horribly distracting to have to change your flow to grab the mouse and click the menu.I turned to writing drafts by hand, and only used the computer for second and third drafts.

However, recently I’ve been turned onto writing software with little or no interface available. We’ve written about PyRoom before, a simple writer written in Python. I actually literally just installed it again last night, but today another bit of software showed up in our inbox, FocusWriter.

FocusWriter suits me a bit more, because of a few key added features that is has over PyRoom and other available software.

Featured and Yet Simple 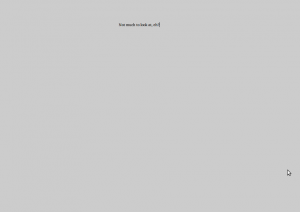 The first time you launch FocusWriter, you get a plain, empty grey screen. While not exactly the most attractive colors to start with, these are totally changeable. Unfortunately, how to change things like this is not immediately apparent. I tried just about every ‘key combo’ that popped into my mind, but couldn’t find any controls. Once I stopped being stubborn and actually read the instructions on the website, I realized that the controls were not hidden by a key press, but by simply tossing your mouse at the top or bottom of the screen. 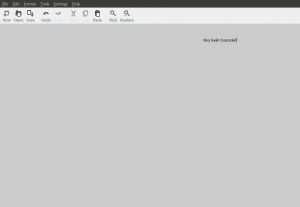 This, I think, is rather clever, although it took me long enough to figure it all out.

There are a number of nice little touches to this simple interface. When the mouse is brought to the bottom, you get this view: 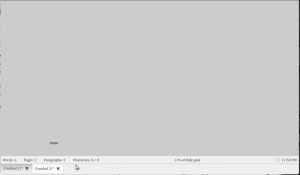 This gives you word count, page count, paragraph count, and character count, as well as percentage of Daily Goal accomplished and the time. All the things you might need, but not in your face distracting you. This is great, as when you need this info, it’s very easy to get out, but is otherwise out of sight. 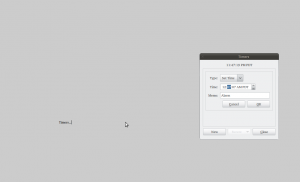 Also cool is that there is the ability to add basic formatting. Often this is left out of apps like this to avoid any distraction, but sometimes you need some of the basics, and FocusWriter delivers (apparently added in the most recent version only)

Like any app, there are a few areas that I think could use a bit of improvement.

First up, when I first installed FocusWriter there was absolutely nothing. No tutorial, no hints, no nothing. I don’t know if there is supposed to be instructions that just aren’t there and it’s a bug or what, but help out the user and drop some text in there. If it’s just me and it installed funny, then ignore this paragraph everyone. :D

Secondly, while there is a button for installing themes (the source of which I couldn’t particularly found) there are none included besides the bland grey. While the point is to keep you from being distracted, something that’s at least pleasant to look at would be nice. 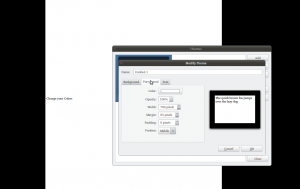 The fact that the included color palette looks like vomit doesn’t help, as it means you have to totally distract yourself for a bit screwing around with colors. 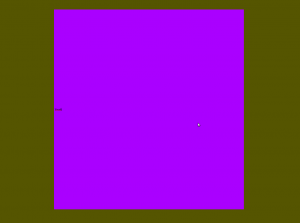 Ew. For what reason are those colors available?

However, those are minor minor complaints about an otherwise great app. The newest version literally came out NOW, as in the 23rd, so it is up to date and ready to go.

Perhaps in it’s coolest feature, FocusWriter is available in Mac, Windows, and Linux all downloadable from their website. For Ubuntu, there is an available PPA, and you can install from PPA like so:

Now all I need is an full featured writing software like Scrivener that doesn’t look like crap… anyone know of anything?

Edit – Oops, forgot to say thanks to Fernando for this tip. Thanks!