Skip to content
Today is a very special day indeed for, 32 years ago thence, the worlds best ‘design team generalist’ was born in the humble shire of Nelson in New Zealand on June 10th. Forget Jesus – Canonical’s Matthew Paul Thomas is the true bringer of Light (theme critiquing).

MPT – as he’s affectionately/functionally known – began his work in Open Source last century with some mad hacking on Mozilla, WordPress & Gnome before ending up knee deep in Ubuntu after a friend from Mozilla told him “there’s this multimillionaire cosmonaut who’d like you to fly to Canada to do some interface design stuff”. He then promptly informed his employer at the time (a blueberry processing plant) that he has to leave because he’s taking up another job that will quadruple his salary.

When he’s not hard at work creating wireframes and sorting cards, Matthew enjoys learning Portuguese, picking blueberrys, writing fairytales in the sands of Egypt, and then reading those fairy tales back to himself. In Portuguese.
He also thoroughly enjoys baking – designing cakes as wireframe mock-ups before cooking them, with of course, fantastic implementation.
His profile on design.canonical.com suggests that “redesigning interfaces is his third-favourite activity.” What do you think his two favourite activities are?
We ask that you congratulate MPT for all his fine work in helping to make Ubuntu such a well designed, good looking, immensely usable OS and wish him a big fat happy birthday today.
You can find him on Twitter as @mpt, IRC as “mpt” or send him a friendly, non-spam email at mpt@canonical.com to brighten his day or hunt around for some his comments here on OMG! and wish him a super-duper birthday in a reply. 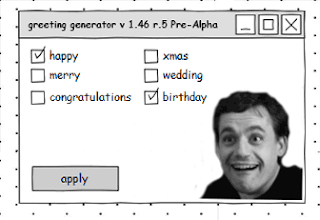 Glibbler You can't say Vista was ugly hahaha, even if buggy…
GNOME Devs Working on Major Improvements to the Applications Grid

Glibbler Neither do I. It could've been applied to Gnome settings,…
GNOME Devs Working on Major Improvements to the Applications Grid

Glibbler Ubuntu was never the only distro aimed to newcomers, there…
GNOME Devs Working on Major Improvements to the Applications Grid