One feature will on the lips of everyone come Lucid: The Ubuntu Music Store.
What Form Will It Take?
At UDS09 the basics of how the integration of store and player will take shape were fleshed out.

The Lucid music store project aims to deliver the ability to purchase music from within a desktop music player.

No actual music partner was announced, but for Ubuntu to be pushing this there must already be one…

The actual store itself, in Lucid, will be implemented rather like 7Digital is in Songbird: – 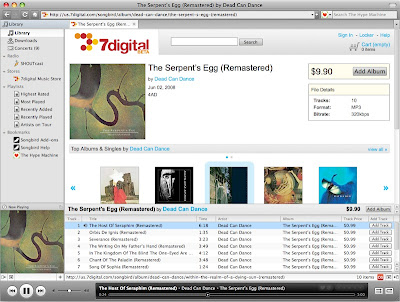 In fact those at the meeting were very keen to point how the similarity it will have to the above image. In fact, take a look at the mockup that was shown to potential partners: – 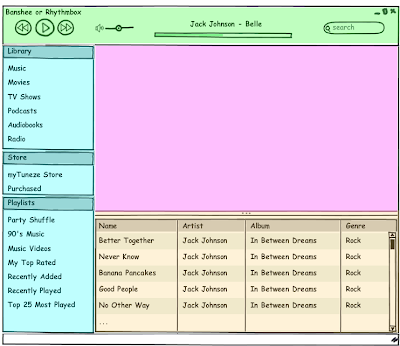 In essence a web-browser will be integrated into Rhythmbox that opens up the ‘Store’ whenever the ‘Store’ is clicked on in the side panel. Users will then be able to browse, see what they already own and be easily able to download new tracks.

Signing in to the store will be done using your UbuntuOne credentials and in a manner of speaking, Ubuntu is merely the “third party” between you and the music vendor.

Your credit card and payment details will not be stored anywhere, so from what i gathered from the meeting, you will need to re-enter them any time you want to make a purchase.

All music will be downloaded to the default location of your ~/music in your home folder.

Syncing your music via computers will be an option thanks to UbuntuOne and there will be no restrictions on a user doing this with their purchased music. It’s unclear however how ‘sharing’ will work on tracks bought from the store given that would be, essentially, illegal in some countries. (The UK is proposing to change its copyright laws to allow “reasonable” sharing between friends.)

No formal announcement has been made regarding who is the provider of music in the forthcoming store. However… 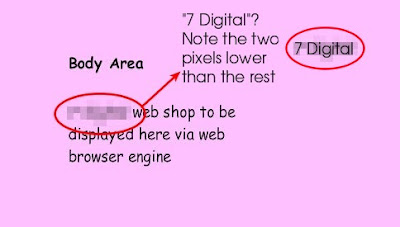 ChromeOS To Be Demoed In 2 Days Time…
Read Next