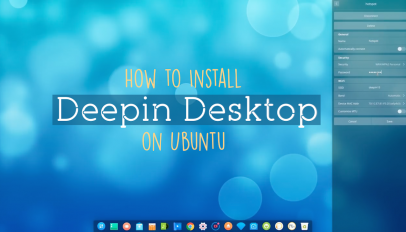 How to Install Deepin Desktop Environment on Ubuntu 18.04

The Evolution of the Personal Package Archive system

When the Personal Package Archive (PPA) system was brought out of beta in November 2007, it was heralded as a game changer for Free Software developers within the Ubuntu community and beyond. The PPA system was designed to make it easier for developers to get their software packaged and available to users for testing, thereby speeding up project development and delivering higher quality software. After nearly four years of PPAs, I thought I'd find out out whether the original objectives of the PPA system were still the primary focus - or had PPAs taken on a whole new role, filling a gap that's traditionally been a sore point for Ubuntu?

Ubuntu Unity 2D gets a PPA for Maverick and Natty testers

Ever wanted to try the sexy Wingpanel but were scared of building from source? A noble soul by the name of Taylor "Ripps" LeMasurier-Wren has created a PPA for us to use.

the Lubuntu Desktop PPA has rewards for the brave

Lubuntu users wishing to test out some potential future additions to the lightweight distro should consider adding the Lubuntu Desktop PPA.

Search for and Add PPA’s from the terminal

One goal on the Ubuntu Software Centre’s roadmap is to add the ability to search for and add other users’ PPA’s. In the mean time we’ve seen other helpful tools spring up – such as […]

[How To] Automatically Install/Fix Missing GPG Keys in Ubuntu

If you’re a heavy user of PPAs then every now and then you will come across missing GPG key errors that will need to be fixed. Fixing missing GPG Key errors in Ubuntu is, actually, […]

Users of menu-applet replacement Cardapio will need to need to update their sources with a new PPA address in-order to continue receiving updates. The change over announcement, made on the projects’ launchpad page, states that […]

Although many users prefer to live on the bleeding edge of application development some people prefer the security, stability and general sass of stable versions; no random crashes, half-baked features or memory-munching bugs. We feature Docky a […]

Earlier today we showed off some of the progress being made on the next version of the Ubuntu Software in Ubuntu 10.10 Maverick Meerkat – including a brand new super slick animated ‘Featured Apps’ bar. […]

The title says it all, really. A PPA for 64bit Ubuntu users to get the latest Adobe Flash plugin from. In light of the recent malware issues from .deb’s on gnome-look.org I’ve checked over these […]

One of my favourite twitter clients available on Linux is ‘Qwit’ – a qt4 based Twitter applications with a ton of features baked in such as twitpic uploading, URL shortening, contact management & more. Qwit […]