A brand new way of using application menus in Unity interface is coming to Ubuntu. HUD - Heads UP Display - uses an intelligent search-based approach to finding and accessing menu items you need. It's smart too; HUD is capable of remembering what items you use most often and prioritising them in the results.

Welcome back everyone after the holiday break. Since we spoke the last time, there has lots been happening. By now we only have 14 weeks left until Ubuntu 12.04 a.k.a. Precise Pangolin, another LTS release gets out the door.

If you've downloaded a good-looking GNOME-Shell theme in the past year then there's a good chance that the following 25-year-old Algerian designer was the hands behind it. Reda Lazri, or 0rax0 as he is better known online, is a prolific designer. GTK, Metacity and GNOME-Shell themes; application icons, wallpapers and a multitude of mock-ups line the walls of his DeviantArt Gallery. But it's not the quantity and variety that makes Reda's work so notable - it's the sheer quality.

Ubuntu founder Mark Shuttleworth holds a 1 hour Q&A session following each release of Ubuntu. And today was the first chance many have had to ask Mark questions about upcoming changes, plans and more following the release of Ubuntu 11.10. The most interesting questions asked during the session are presented inside...

(This is a guest post from Ubuntu developer and Canonical employee Daniel Holbach, which was originally posted here.) Ubuntu Development Update Ubuntu Developer Summit is over and around 300 blueprints are being filled out with […]

Novacut's Jason DeRose spent some of his time at last weeks Ubuntu Developer Summit interviewing various Ubuntu developers. Amongst them was Bilal... 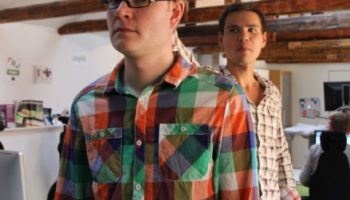 Flattr is a social micropayment service that's taking the Internet by storm, offering users a novel way to donate money to content creators, who then benefit for their hard work. Users are able to pay a small amount every month and then click Flattr buttons on sites to share the money they paid among those sites, comparable to an Internet tip jar. To find out more about Flattr, we decided it'd be worthwhile interviewing one of the co-founders: Linus Olsson. Read on!

(This is a guest post from Ubuntu developer and Canonical employee Daniel Holbach, which was originally posted here.) Ubuntu Development Update It is always an exciting time when a new release opens. As a developer […]

After Oneiric's release last week I had the chance to sit down with Neil Patel, Unity's Technical Lead, to talk about how he felt the Oneiric cycle went and to get his thoughts on Precise Pangolin 12.04. Neil has been working for Canonical for a couple of years, and was previously heavily involved in the original Netbook Remix Launcher which was superseded by Unity originally in Ubuntu Netbook Edition 10.10. As the Technical Lead for Unity, he oversees a lot of the development on the new shell for Ubuntu. Neil is the guy you go to with your questions about the development of Unity, and that's exactly what we did when I sat down for an interview with him last week. Make the jump for the full interview.

This is a guest post from Daniel Holbach, who will be posting updates about Ubuntu Development. (Original Post). Ubuntu Development Update These are the days where the release team is awake for 24 hour per […]

This is a guest post from Daniel Holbach, who will be posting updates about Ubuntu Development. (Original Post). Ubuntu Development Update Sticking exactly to the plan, we are quickly moving towards the release of 11.10, […]

This is a guest post from Daniel Holbach, who will be posting updates about Ubuntu Development. (Original Post). Ubuntu Development Update We are racing towards the release of 11.10, and it’s only four weeks until […]

JustPerfection I've never seen something like this. Even on buggy 3.32.…
GNOME Devs Working on Major Improvements to the Applications Grid