(This post was brought to you by Daniel Holbach and Benjamin Kerensa and first posted here.)

Welcome back everyone after the holiday break. Since we spoke the last time, there has lots been happening. By now we only have 14 weeks left until Ubuntu 12.04 a.k.a. Precise Pangolin, another LTS release gets out the door. 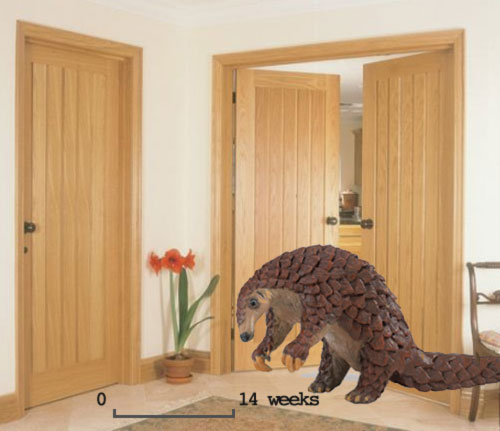 In the meantime we have passed January 12th, where we reached the Debian Import Freeze release milestone. This means that – as a measure to solidify the code base – the automatic code imports from Debian have been stopped, now they have to be explicitly request by developers. In two weeks Ubuntu 12.04 Alpha 2 will be released and in four weeks, we will hit Feature Freeze. By then we hope that most features are mostly implemented. Time is rushing!

Last week a large portion of Canonical Ubuntu engineers met up in Budapest, which resulted in a lot of teams getting their burndown charts back on track again.

Another piece of great news is some progress the Bazaar team has to report. Bazaar and its tool selection now offer much improved quilt patch handling in Debian Sid and Ubuntu Precise. If you are new to the Ubuntu development world, this might sound a bit confusing. So here is why this great news for everyone: Bazaar is how Ubuntu developers (among many others) do distributed development. Multiple people working on different aspects of the thousands pieces of code at the same time, all in a sane way, with straight-forward methods to merge code from others reliably. So far so good. On top of that we have to deal with source packages: so to build .deb binary packages from source, we look at a source tarball straight from the software authors, plus a number of patches and modifications. Up until now having to deal with patches on top of a tarball in distributed version control was cumbersome. By having cleverer mechanisms to deal with standard situation, things have just improved a lot.

Ubuntu Developer Week
From 31st January to 2nd February we will have Ubuntu Developer Week again. Hours of great fun, tutorials, demo sessions and more to bring you closer to the Ubuntu development, how it works and what is going on. Expect a separate announcement real soon now.

We have bucket-loads of new contributors, isn’t it awesome? These fine people got involved and put some hard work into making Ubuntu Precise better for you: Michele Giacomoli, Steven Allen, Simon Steinbeiß and Robert Roth.

Also do we have somebody who gained upload rights to Ubuntu: it’s Fathi Boudra, who put lots of work into the KDE-related bits! Welcome on board!

How did you get involved?

I got involved through the bug triaging process – I simply confirmed a nasty OpenBVE bug (#877776) that prevented the program from starting, adding my observations in a comment (I didn’t have time at that moment to search on the Internet for a possible fix and thought about downloading the source code and debugging it in my free time). A little after, the original reporter found a fix (a missing dependency); since I was interested in getting the problem solved and the patch was pretty simple (I already had some experience at building Ubuntu packages), I submitted it and got it included.

The experience was quite straight, I managed to get all the necessary documentation and understand the recommended procedures easily. Once or twice I had some doubts, but I solved them quickly with the assistance of one or two developers on the Ubuntu IRC channels.

The part I liked the most is the “collaborative feeling” – the sensation of being part of an active community. Everyone – from the uploaders to the Ubuntu developers – was helpful, friendly and focused on improving the project; I especially appreciated the attitude of the ones who helped me on the IRC channels (they were more than willing to guide me and give suggestions).

Is there anything that should have been easier? What do you recommend to other contributors who think about starting to get involved?

The initial patch approval for uploading should have been quicker (the bug lay there for about a month before the fix was uploaded to precise), especially since the fix was small and with little regression potential, although I understand that dealing with the huge mass of Ubuntu bugs filed on Launchpad is a difficult job, given the relatively small number of active volunteers.
To the other contributors, I’d recommend to:

What do you do in your other spare time?

I’m currently a Computer Science student at my university and am getting my Bachelor’s Degree in the summer, so I haven’t got much free time now – when I’m not studying, I usually code, hang on the Ubuntu IRC channels, triage bugs, translate some software or read books (especially philosophic texts).