The milestone is here to help intrepid bug hunters stress-test the next version of the hugely popular Linux distro, which is based on the latest Ubuntu 22.04 LTS release.

Two key points: Linux Mint 21 does not use systemd-oom to mitigate low-memory solutions (Ubuntu 22.04 LTS does, though developers are tweaking its behaviour due to excessive ‘killing’ of apps in use); Linux Mint 21 does enable OS prober by default (meaning Windows and other distros are detected and added to the GRUB menu).

Cinnamon 5.4 ships as the default desktop environment. The latest revision isn’t massively different, but there a couple of significant changes that affect the overall performance: an updated Javascript interpreter; and a reworking of Mint’s Muffin window manager atop a more recent version of Mutter.

Elsewhere, there are some modest enhancements to the Displays panel. This now has buttons for fractional scaling options rather than a drop-down menu, along with a backend rejig on how fractional scaling is handled. And since we’re on the subject of buttons all the stats shown in the System Info panel is now a click away from being copied to the clipboard – nice!

As previously reported, Linux Mint 21 also switches from Blueberry to Blueman for its Bluetooth support. Among other things the swap brings improved compatibility with modern Bluetooth audio equipment like wireless headphones and sound bars.

Building on the calendar integrations that debuted in Linux Mint 20.3 at the start of the year the Linux Mint calendar applet is now able to relay event end times as well as start times, making it all-the-more useful at-a-glance.

Plus, this release features TONs of bug fixes, performance improvements, app updates, and other smaller changes.

The Linux Mint 21 beta will be available to download from the Linux Mint website or from an official Linux Mint download mirror (just navigate to the ‘testing’ folder in the root directory of the mirror server).

Do keep in mind this is a beta. It’s not stable. You should expect to encounter bugs, breakages, rough edges, performance hiccups, and similar.

When is Linux Mint 21 released properly? Assuming no unexpected gremlins are discovered by way of this testing milestone the final, stable version of Linux Mint 21 will arrive towards the end of July or early August. 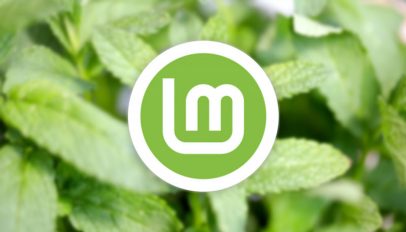