If you’re impatient to get your hands on the latest version of the Mozilla Firefox web browser you’ll pleased to hear Firefox 103 is now up on the Mozilla FTP ahead of a formal release later this week.

Mozilla Firefox 103 features another clutch of conservative changes aimed at improving the overall experience of using the browser rather than dramatically reinventing it.

This release was expected to add a big new feature: two finger horizontal swipe to move back/forward between pages on Linux, with accompanying animation/OSD indication – as this gif demos:

This won’t be news if you read omglinux.com as I wrote about this change back in June. The reaction from readers to the (then beta) feature was positive; most welcome this this long requested feature that puts Firefox on par with other browsers available for the platform.

Despite the bug tracking the gesture being marked as ‘fixed’ for 103 the gesture isn’t working in the binary’s published thus far. The idea is that the gesture should work “out of the box” when using the latest version of Firefox under Wayland (it will also work under X11 if the MOZ_USE_XINPUT2=1 environment variable is set).

Perhaps it’s been punted to Firefox 104? You can continue to hold alt and swipe with two fingers left/right to move back and forward, but the alt-less version is a much nicer implementation.

Elsewhere, Firefox 103 now highlights fields in PDF forms, is better at handling high-refresh rate monitors (120Hz+), and enables subtitles/captions in Picture-in-Picture used with Funimation, Dailymotion, Tubi, and a handful of other video streaming sites (adding the the plethora that support it already).

Elsewhere, Linux users benefit from a number of fixes relating to WebGL performance when running on the NVIDIA binary drivers; VA-API works on hybrid mesa drivers; and the “tell Mozilla about the crash” checkbox is now checked by default on Linux (inline with the default setting on other systems). 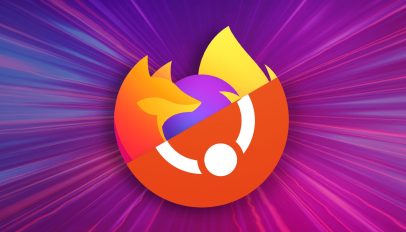 ‘Significant Improvements’ Made to Ubuntu Firefox Snap
Read Next