If you were hoping to see Ubuntu support Flatpak sometime in the near future …Look away now!

In a live Q&A to celebrate the recent Ubuntu 22.04 release Ubuntu’s founder was asked if the desktop edition of the OS would ever consider shipping with Flatpak support “out of the box”.

And his answer was pretty succinct one: no.

He has his reasons, of course.

Adding: “I like the fact that people have a diversity of opinions on ways to solve the problem […] but I also think we’re going to deliver a far better experience to developers and to users if we concentrate our efforts around something we really can move forward.”

For Ubuntu on the desktop that means Snaps, Canonical’s home-grown sandboxed app format.

“There are an enormous number of applications published as Snaps: clearly developers like the publication experience, clearly consumers like the simplicity of having [it integrated into Ubuntu]”

But he’s not blind to some of the areas where Snaps fall short.

“There definitely are places where we need to improve the Snap experience on the desktop. Startup performance times seem to be really, really important, so that’s something we can focus on. And also managing the boundary of security […] managing the places where you want to deliberately take your application out of the box.”

He concludes that while the ‘Snap vs Flatpak’ topic generates strong opinions in users he is “impassioned” too, and argues that Ubuntu has “…earned the right to go deep and do things properly and explore the paths we want to explore and make those results available to everybody to use or not use.”

The good news is that, of course, it is devilishly easy to install Flatpak on Ubuntu. And there’s a compelling reason to do so: some of the best open source software in development is only published on Flathub.

So while Snaps may be popular with an enormous number developers there is, to my eyes, a gulf growing between the kinds of apps available on each respective store. Commercial, proprietary and Electron-based software seems to favour Canonical’s Snap Store, but open source software developed in native toolkits seems more drawn to the experiences offered by Flatpak and Flathub.

Let me know your thoughts down in the comments. 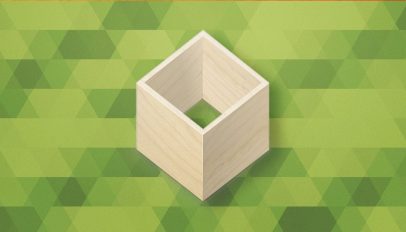 Ubuntu MATE 22.04 Will Include Flatpak Support by Default
Read Next