“We’re pleased to announce that kinetic is now open for development. auto-sync has been enabled and will run soon”, writes Ubuntu’s Brian Murray in his starting-pistol post to Ubuntu’s main development mailing list.

“As usual, we expect a large influx of builds and autopkgtests in this initial period, which will cause delays. Please help fixing any breakage that occurs,” he adds, somewhat ominously!

Art this stage in development there isn’t much “new” stuff to mention, much less see. But if you’re into bug hunting then honestly: this is prime season — jump in and enjoy 😉.

Ubuntu 22.10 ‘Kinetic Kudu’ will be released on October 20, 2022. Feature freeze is pencilled in for August 25 and UI freeze September 15. The first (and only) beta milestone is projected for release on September 29, with Kernel freeze following on October 6, 2022.

The first testable daily builds for Ubuntu 22.10 will hit the Ubuntu image servers once tooling and initial imports are in place, without issue. Chances are I’ll post about the daily builds as soon as I see them.

What might we expect to find in the final, stable release come October?

A new Linux kernel, updated graphics drivers, and GNOME 43 are all a given. Ubuntu’s new Flutter-based installer may finally ready for a turn in spotlight, as might Pipewire as default sound sever — though hopefully the switch goes better than the switch to PulseAudio (which, rather fittingly, also took place during a ‘K’ release — Ubuntu 9.10 ‘Karmic Koala’). 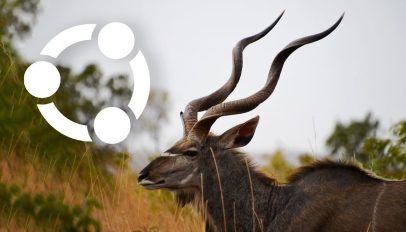 Ubuntu 22.10 Codename is Revealed (And It’s Kinda Kooky)
Read Next