I hadn’t heard of DahliaOS until about 20 minutes ago when a tweet talking up the latest development pre-release flew past my eyes.

Naturally I was intrigued.

DahliaOS has nothing to do with Ubuntu of course and thus no real tangible reason to be featured on this blog. But hey: new Linux distros and desktop environments are interesting, and unless I want to kick the bees nest that is the Firefox deb to Snap transition (the no-more-apt-build package hit Jammy today) I’ve not got much else to talk about.

It describes itself as “a modern, secure, lightweight and responsive operating system, combining the best of GNU/Linux and Fuchsia”. Fuchsia, should you need the reminder, is an open source operating system created by Google that runs on a Zircon kernel, rather than a Linux one.

Dahlia is designed to run on either the Linux or Zircon kernels, which is pretty novel. That said, I’ve only personally tried the version using Linux. It’s also purported to be very lightweight (thanks to build root) and able to run on as little as 199 MB of RAM when idle.

The system uses the custom Pangolin desktop environment for the default UI. This is driven by a home-grown window manager called Utopia. Pangolin bears more than a passing resemblance to Google’s Chrome OS, and this may be deliberate: both OSes are moulded to be lightweight, user-orientated, and web-centric.

Applications (indeed Pangolin itself) are built in Flutter — a strained Ubuntu connection should you really need one 😅. Other types of Linux software can be run on DahliaOS via containers, though this latter feature doesn’t appear to be working/hooked up in the preview build I tried (none of the buttons in the Graft container manager do anything).

I’m not sure what over-arching ambition of DahliaOS has (if it has one at all) nor its timeline for getting there. At present it’s an exciting explorative mix of experimental open source technologies and ideas that feels very “fresh” and forward-looking. The version I tried uses Linux 5.17 rc, the BTRFS file system, and implements network manager for faster (and more reliable) connections.

So far, pretty exciting, right? Now for the dour bit: DahliaOS is not in bloom and not ready to be anyone’s daily driver — yet. A slew of settings are yet to be implemented within the UI (I couldn’t change display size, for instance); various UI elements are placeholders or un-functional; and the few core apps included are pretty basic.

Or to frame it another way: DahliaOS is promising presentation of what could, with a dose more effort, turn into something very interesting indeed. A super-thin OS designed around web apps (that can run Linux apps in containers) — heck it sounds like modern Chrome OS, but done right, full in the open, with low barriers to entry.

DahliaOS is definitely worth keeping an eye on.

You can download the latest preview of DahliaOS from Github as both EFI-friendly .img and a legacy .iso (the latter is what I used).

Home » News » Hands On With the Latest Version of DahliaOS 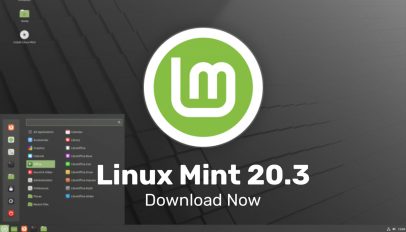 Linux Mint 20.3 is Now Available to Download
Read Next