A new version of Zorin OS, a user-friendly Ubuntu-based Linux distro, is available for download.

Zorin OS 16 is based on Ubuntu 20.04.2 LTS and comes equipped with the Linux 5.11 kernel. The distro uses a customised version of GNOME Shell 3.38 for its desktop interface, and is pre-populated with a plethora of apps, tools, and programmes.

Zorin OS 16 is also supported with software updates and security patches until April 2025.

In this post we run-through Zorin OS 16’s new features and key changes, give you details on the available versions, and show you where to download a copy so you can try it out for yourself.

I will say that if you’re new to Zorin OS then you’re for a treat!

We’ll start with the most obvious change in Zorin OS 16: a brand new GTK theme.

The new light theme (yes, a dark version is available too) is aided by a bold blue accent colour (though you can personalise the theme by picking from one of six accent colours). Clever use of shadowing and rounded corners, combined with well proportioned buttons and toolbar sizes, gives Zorin OS 16 a unique, modern aesthetic that is entirely its own.

Zorin OS 16 also comes with dynamic wallpaper by default to compliment its new theme. The snowy mountain backdrop changes based on the time of day. A collection of non-dynamic wallpapers are available should the ice tundra leave you feeling cold.

Zorin OS 16 Pro offers new desktop layouts for users to pick from, including a desktop layout inspired by the upcoming Windows 11. The revamped Zorin Appearance tool makes it easy to change desktop layout on the fly (they’re “one-click” and take effect instantly).

Sadly there is a catch. The free version of Zorin OS 16 only comes with 4 desktop layout, and this does not include new Windows 11 layout, which is exclusive to Zorin OS Pro (the new name for Zorin OS Ultimate).

Don’t mind a bit of useless eye candy? I recommend turning on ‘Jelly Mode’ in the Zorin Appearance utility. It delivers a real blast from the past!

But let’s talk about the real feature in Zorin OS: it’s speed.

One thing I am struck by during my hands-on with this release is just how different Zorin OS 16 feels to Ubuntu 20.04 LTS, despite using many of the same components. Zorin OS 16 feels cohesive and drawn together in a way that Ubuntu doesn’t (the latter often feels like what it is: a loose collection of separate parts bundled together).

Zorin OS also feels faster in use — though this is a subjective opinion based on my experience of it on my setups, it’s not something I’ve benchmarked — as Zorin themselves note:

“Speed has been a top focus in Zorin OS 16, so the desktop runs dramatically snappier on a wide range of hardware, old and new. Performance optimizations have been made at every level of the operating system, from the kernel to the desktop environment. Apps open faster, animations are smoother, and loading times are reduced so you can spend more time being productive.”

The Ubuntu 20.04 LTS base means Zorin OS inherits get all of the benefits the latest LTS touts, like flicker-free boot, experimental fractional scaling support, QR code wi-fi hotspots, Active Directory integration, and the ability to create a recovery key when setting up an encrypted install.

Zorin OS 16 provides access to a broader set of software ‘out of the box’ than Ubuntu, elementary, or even Linux Mint. You can install apps from:

All without any configuration required on your end.

Plus, you’re able to install software distributed at .deb and .appimage, and make use of PPAs and other third-party repositories without having to install other packages first.

And then there’s this:

Zorin OS is a popular and oft-recommenced alternative to Windows, the sort of distro newbies are directed to. To make their experience a bit better the distro now displays a prompt when users try to run windows software in Zorin OS 16. If a native Linux version is available the prompt lets the user know about it, and if a native version is available it lets them know about WINE.

Zorin OS 16 is available in two main flavours: Core, which is free, and Pro, which is paid. Both can be downloaded from the main Zorin OS website, linked below:

What does buying Zorin OS 16 Pro (which costs $39/£39) get you? Convenience, mostly. It ships with a gargantuan set of software pre-installed, comes with 4 additional desktop layouts (for a total of 8), and unlocks access to installation support.

Plus, you also get the warm, cushy feeling that comes from supporting an open source project you like.

Using an older computer? Zorin OS 16 Lite will be available in a few weeks time (in Core and Pro editions).

Zorin OS is one of the most underrated Linux distros out there, Ubuntu-based or otherwise. I think the paid-for “pro” version is what leads a lot of people to overlook it (no matter your stance on the issue most people expect Linux distros to be free).

Usually I test the standard free version of Zorin OS when I write up release overview, this time I opted for the paid version because, call me curious, I wanted to see whether the entrance fee — $39, which is more than the $20 default amount elementary OS’s pay-what-you-want form defaults to — is worth it.

For Windows leavers and the less tech inclined Zorin OS 16 Pro will have an appeal. It gives you everything you need to compute out of the box, raring to go, no further set-up requires. Plus, the additional desktop layouts included in Pro could provide a a comfort blanket to some Windows users (though the regular desktop layout is pretty ‘familiar’ already).

But for most Zorin OS 16 Core (aka at the ‘free’ version) should suffice. The missing desktop layouts aren’t better than the default (and can be ‘created’ by installing a few GNOME extensions) so don’t feel absent, and the pared down collection of installed software is (personally) preferred too — I like to install the apps I use.

Go try it out and let me know what you think down in the comments! 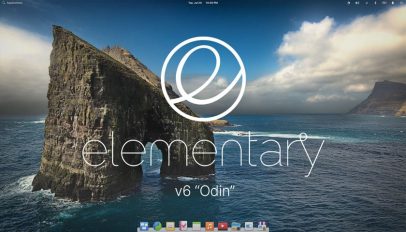 Is elementary OS 6 the Best Version Yet?
Read Next