Ubuntu 20.04 LTS was released on April 23, 2020, succeeding Ubuntu 19.10 as the latest stable release of this hugely popular Linux-based operating system — but what’s new?

Well, six months of blood, sweat and development tears have gone in to making Ubuntu 20.04 LTS (codenamed “Focal Fossa”). The result is a substantial set of improvements that enhance just about every part of the OS, from boot speed to app appearance to bundled software.

In this post I spotlight the top Ubuntu 20.04 LTS features, changes and improvements you will find, and share the download link you need to get an .iso you can try!

Let’s start at the top with the Ubuntu 20.04 codename which, for this release, is ‘Focal Fossa’.

The word ‘Focal’ means ‘centre point’ or ‘most important part’, while a ‘Fossa’ (as fans of the film Madagascar will know) is a cat-like predator native to the island of Madagascar.

So clearly Ubuntu 20.04 is signposting itself as being an update worthy of taking centre-stage, and one that is at the peak of its abilities, just like a real-life fossa.

Every LTS release is supported for 5 years on the desktop and server and this one is no exception: Ubuntu 20.04 is supported until 2025.

Business and enterprise users can get ‘extended maintenance release’ (ESM) support for 10 years. This now includes security updates for ALL 30,000 packages in the Ubuntu repository. Sadly ESM status is not free and is tailored towards customers of Ubuntu Advantage. 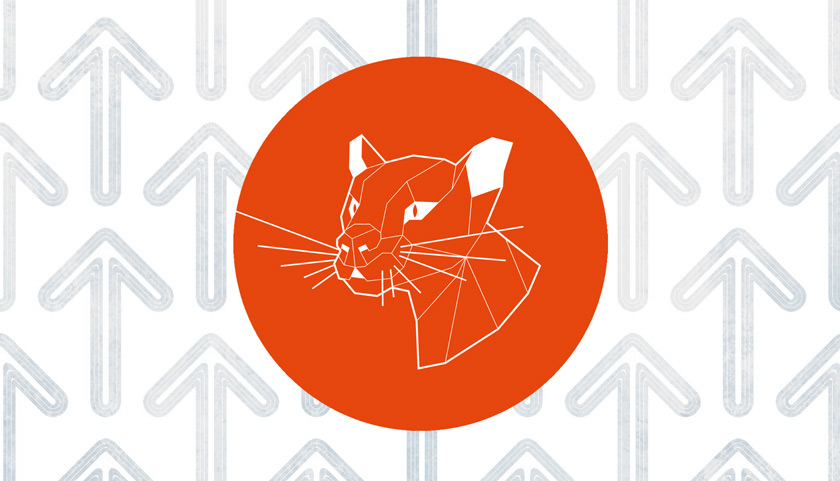 Related Guide
How to Upgrade to Ubuntu 20.04 LTS, Right Now

The release date was first revealed on Launchpad (the home of Ubuntu development) and later echoed on the Ubuntu wiki.

Other important milestones to occur throughout the Focal Fossa development cycle include:

Why is a point release important? Because it is the moment at which existing users of Ubuntu 18.04 LTS — an audience in the tens of millions — are given the choice of upgrading their systems.

Tradition dictates that Ubuntu LTS releases play things safer than the interim so-called “short-term releases” by only including features that Ubuntu developers can commit to maintained for at least five years.

But while this means there are few “omg!” changes in 20.04 there are a number of iterative improvements, usability and user interface refinements, and some much needed updates, spread throughout the whole of the system.

Like the Linux kernel, the beating heart of any Linux distribution..

The default kernel and initramfs compression algorithm has changed to lz4 to deliver much faster boot times.

And, in keeping with other Linux distros, Focal now shows your computer’s OEM logo on the boot splash in an effort to deliver a ‘flicker free’ boot experience:

Faster boot times mean you get to the login screen sooner — which is where you’ll notice some changes. User pods and password fields are now centre-aligned (they should be the focus, after all), while the user session switcher moves to the lower right:

Accompanying the revamped login screen is a brand new lock screen. This is not only easier to use (it not longer requires you to “slide up” to reveal the password field) but has a real visual presence by using a blurred version of the desktop wallpaper:

On the topic of things that look nice, Ubuntu’s community-based design team have spent this development cycle working on a refined look and feel for Yaru, the system GTK, icon and shell theme.

For example, the colour of folder icons has changed from Ubuntu’s trademark orange to a heavy grey colour with inner gradient:

As part of the effort there is a new dark mode setting in Ubuntu 20.04, prodding that the distro is more than able to keep pace with rival OSes.

Ubuntu’s new dark theme can be turned on from the Settings > Appearance section, as can a full light theme:

I also have to give mention to Ubuntu’s new default wallpaper. This boasts an illustrated ‘Fossa’, the codename animal for this release, which appears to be shooting lasers from its eyes:

Talking of eyes, if you struggle to navigate your computer at standard resolution you’ll be pleased to hear that it’s easier to turn on fractional scaling support in Ubuntu 20.04.

The addition of an on/off toggle for Fractional Scaling in the Display settings panel makes it super simple to incrementally scale UI elements in a graceful manner. When turned on you can select UI scaling values between 100% and 200%, including the 125% sweet spot:

Ubuntu removed the Amazon web launcher from all Ubuntu install images earlier this year, including the Focal Fossa. This about-turn means that no Amazon app pre-installed in Ubuntu — any version — any more. A small change, but one many users will find reassuring.

The Ubuntu Software store remains the go-to place to find new apps, but for this release it’s shipping as a Snap app. This doesn’t affect things greatly as it’s still the same underlying tool based on GNOME Software, but packaged in the Snap format.

Ubuntu 18.04 introduced Snap versions of the Calculator, Characters and Logs tools, but for this LTS they been removed and replaced with the respective apt versions.

All of the goodies offered up in the recent GNOME 3.36 release are present in 20.04. This includes a new ‘do not disturb’ toggle; a visible ‘suspend’ option in the Status Menu; and improved handling of App Folders in the Applications screen:

The many major performance improvements to GNOME Shell, Mutter (the window manager) and other graphics elements can be keenly felt in this release. UI animations and windowing is now more fluid, lighter on memory, and a little less hungry for CPU cycles!

All that plus lots and lots of smaller, less sexy-sounding bug fixes, app updates, and system tweaks.

You can write the Ubuntu image to a blank DVD and use it to boot your system. Alternatively, and more common these days, flash it to a USB thumb drive that’s 4GB in size using a free tool like Etcher.