What have developers who work on for the open-source desktop environment (and its associated technologies) been tending to this time around? Well, there’s been a large focus on patching up paper-cuts within the Plasma experience, and making smaller (but no less important) tweaks to improve the overall quality of the desktop environment.

Now, there aren’t many new “headline features” present but plucky Plasma fans willing to test the beta out do get to enjoy the following clutch of changes ahead of their peers.

Adaptive panel transparency makes Plasma easier to use. By default panel and panel widgets are “more transparent”, but when a window is maximised the transparency is temporarily toggled off. You can see this demoed in the video above. If you’d prefer more consistent transparency behaviour you can, naturally, dive into the desktop’s settings to do so.

Visual enhancements to a slew of Plasma’s system tray applets are present too, with KDE devs stating the the aim is here is to deliver “more consistent in appearance and usability”.

The digital clock applet has been redesigned; the volume applet now lets you select a device profile for connected audio devices; and users can see clipboard history at any time by pressing the meta + V keyboard shortcut.

The Plasma System Monitor app introduced in KDE Plasma 5.21 replaces KSysguard is the default system monitoring tool in Plasma 5.22. The new tool is a modern and adaptable rewrite from the ground up. Its design is clear and functional, and the leaner codebase will make it easier for devs to update and expand the applications’ functionality here-out.

The settings app opens to a new ‘quick settings’ page by default to help users access the most commonly changed settings (like being able to change the desktop background). It also benefits from ‘improved accessibility and keyboard navigability’.

Finally, while KDE Plasma’s Wayland support loiters a little bit behind other DEs it continues to improve with each release. Plasma 5.22 is no exception, with KDE devs saying it is “hugely improved”.

Today’s beta release is available for developers and bug hunters. It can be downloaded as source code, pre-built packages for select distros, or using a live USB or docker image.

But KDE devs caution that beta testers “…must be prepared to encounter [and report] bugs that may interfere with your day-to-day use of your computer.“

Do you use KDE Plasma are your default? Let awe know what you think about these changes in the comments. 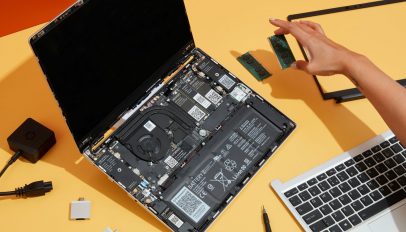