Plans are afoot to make Ubuntu 21.04 use a dark theme by default — but which dark theme do I mean?

That confusion is kinda key to this.

Which is what a lot people expect to happen since.

You select Ubuntu’s ‘dark’ theme and expect it to enable full dark mode in Ubuntu but —drats!— it doesn’t change the notification/calendar, the system menu, or modal dialogs.

This is because there are actually two themes at play here: a GTK theme and a GNOME Shell theme. These do not (or as I understand it, can’t) switch together; they operate independently.

Which is why Ubuntu 21.04 plans to bring some consistency to its default makeup by making the system UI/GNOME Shell theme dark by default.

And if a user picks the ‘light’ GTK theme? Well, they also get a dark GNOME Shell theme because as I mentioned: these things can’t be easily changed together.

If you’re still confused about what this means just drag the slider on the image comparison a few sentences above. Left-hand image shows you how Ubuntu currently looks by default, the right what’s being proposed.

Not the most egregious of changes, and it makes (I think) for a better ‘default’ appearance.

After all, Ubuntu Dock and Top Bar are both dark, as are application application headers. Making other UI elements dark by default is more consistent than having light ones, even when a dark GTK theme is selected.

Ubuntu 21.04 is in development so this change is subject to change. 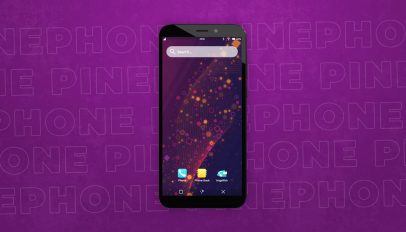