Using Windows Subsystem for Linux 2? If so, you may be interested to know that a new Linux kernel is available to install through Windows Update.

Canonical’s Hayden Barnes relayed news of a kernel uplift on Twitter, noting that the shiny new WSL 2 kernel is based on Linux 5.4 (which, for useless trivia fans, is my current kernel of choice on a couple of devices for reasons I won’t bore you with 😅).

This kernel update is likely to improve the WSL 2 experience considerably.

Naturally you need to install WSL on Windows 10 in order to get the kernel update at all, and check the “Receive updates for other Microsoft products when you update Windows” option in Windows Update > Advanced settings.

Other than that, it’s rolling out right now.

Those using pre-release versions of WSL2 or insider builds of Windows 10 will already be using this kernel version. But “retail builds” — which I think refers to folks running WSL 2 on regular Windows 10 — were running on a kernel branch derived from Linux 4.19 series — which was first released back in 2018!

Why is there a Linux kernel being distributed by Windows Update at all? Where have you been!

WSL 2 uses an actual Linux kernel (the first-gen version didn’t). In order to make WSL 2 as useful as possible Microsoft maintain a custom version of the Linux kernel (available via GitHub). New versions of the kernel are released periodically via Windows Update, allowing WSL 2 users to benefit from all the latest top-tier kernel tech.

As well as refreshing the kernel from time to time Microsoft has also made it easier for users to install WSL — as in ‘run a single command’ easy — and making it trivial to access Linux file systems using Explorer, the Windows file manager.

Home » News » Linux Kernel 5.4 is Rolling Out Via Windows Update 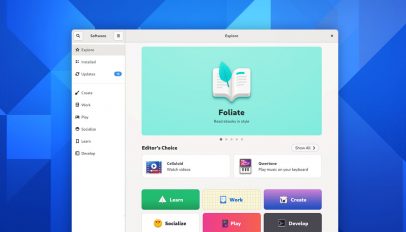