Microsoft has made it much easier to install WSL on Windows 10 — like “run a single command” easy.

I recently wrote a post on how to install WSL 2 on Windows 10. That guide is still valid (and still works) and those of you who want to take advantage of all the great new WSL 2 features (like GPU support, Explorer integration, the use of a real Linux kernel) can follow along.

But I won’t lie: that method is a bit …steppy.

So Microsoft has made installing WSL on Windows much simpler.

The corp’s dedicated WSL team intro a new wsl.exe --install command. Windows 10 users can run this from PowerShell app as an administrator to Install WSL 2 on Windows 10.

The the wsl.exe --install command is available on Windows Insider Preview Build 20150 or later.

Microsoft says it is also making WSL 2 the default version of WSL for new installations (which cuts out another step, though the command to opt for WSL 1 will remain available). It is also adding a kernel update command: wsl.exe --update to make installing new kernel versions accessible from where the kernel is actually used.

The new streamlined command isn’t entirely input-free, though. It doesn’t, for instance, install a Linux distro (like Ubuntu), though Microsoft says it hopes to add support for this soon.

But I think it’s a welcome step nonetheless, especially with Microsoft revealing that WSL is now used on a staggering 3.5 million “active” monthly devices — impressive, right? 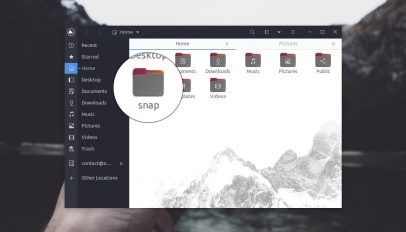 Small Things that Bug Me in Ubuntu: The Blank Snap Folder
Read Next