Ahoy, a new stable version of Wine is now available to download.

Wine 6.0 bottles up a year’s worth of development (fermented from more than 8,300 changes) to provide users a rich and varied palette of improvements, new features, and advanced capabilities.

For those unfamiliar with it, Wine is a Windows compatibility layer that allows apps, tools, and games built for Microsoft Windows to run (with caveats) on Linux, BSD, Android, and even macOS systems.

At the time of writing than 27,500 Windows apps and games are compatible with Wine, including well-known software like Photoshop and Microsoft Office, and popular games like StarCraft, Final Fantasy XI Online , and Team Fortress II.

Wine remains hugely popular with a swathe of Linux users who depend on it daily, be it to run a critical Windows-only utility or pass the time in a big-title game. This might even include you!

Scroll on for more detail on what’s new, nascent, and notable in this latest stable release.

Major features touted in the (somewhat expansive) Wine 6.0 change-log include:

And that list is literally only scratching the surface of what’s new in this release. With well over 8,000 changes in Wine 6.0, many of which sound innocuous on their own but are core cogs in the overall experience, this is the most robust and feature-packed version of the compatibility layer to date.

How to Install Wine 6.0 on Ubuntu

But what if you want to install the latest stable release of Wine on an existing Ubuntu install? Well, Wine developers make that incredibly easy.

To install Wine 6.0 on Ubuntu, first enable 32-bit support on your system:

Now you can add the Wine repo itself.

Once everything is done you may wish to reboot your system to ensure all the components work properly. Then, to get started, just launch the Wine app from the Applications grid and go from there.

If you’re happy to let the latest Wine release ripen Wine 6.0 will be available through CrossOver, a commercial version of Wine offering a slate of extra features, support, and conveniences.

Do you still use Wine? If you do, let me know what for in the comments!
News App Updates wine 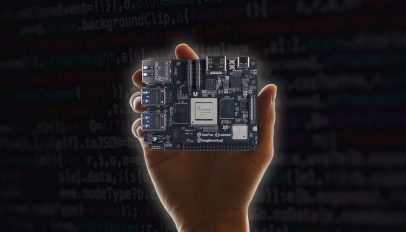 Finally, an Affordable RISC-V Board With Desktop Linux Support
Read Next