A new store front for browsing Flatpak apps is in development and first impressions are good: it looks exactly like the kind of app many folks (myself included) have been clamouring for.

Souk is co-developed by Felix Häcker, the hands behind a slate of well-made, well-designed GTK apps available for Linux desktops including Shortwave and Fragments, and Christoper Davis, with design input from Tobias Bernard.

GNOME Software (called ‘Ubuntu Software’ or ‘Snap Store’ in Ubuntu, depending on which About screen you look at) is the tool most of us turn to when we want to install Flatpak apps on our systems.

But it’s fair to say that GNOME Software (or whatever you’re calling it) is an app with a bit of a bad reputation.

Bulky, bloated, and memory inefficient; GNOME Software isn’t as nimble, as stylish, or as performant as the rest of the GNOME desktop. In fact, it’s something of a weak link in an otherwise well-oiled chain.

GNOME Software handles a great many things. It has to be a distro package manager, an OS upgrader, a firmware updater, and a platform that plugins for other packaging formats can integrate neatly with.

Souk is free of this and its developers say there are no plans add any of GNOME Software’s capabilities. So its goal is more modest: give users a slick, modern front-end to install, remove, and manage Flatpak apps on their system.

And based on a look at early development progress thus far, Souk looks like it’s striking out on the right path.

Take app listings within Souk. These are laid out and segmented incredibly well — better than in most competing apps. You get parseable descriptions, a carousel of screenshots, clearly delineated change-logs, and even links to support info, and, where available, donating.

Souk shows everything I’d expect to see an app listing to, and does it without all of that info feeling overwhelming or visually messy.

I also like that it has a “updates” tab. Flatpak, like Snap, are set to auto-update by default in the background to ensure that “users are always running the latest version of an app”. Call me old fashioned but I like to know when something updates, and (ideally) what’s changed. This tab gives me a way to do that.

More details on Souk can be gleaned from the demo video below or on its Gitlab page, where anyone wanting to grab the code and try it out for themselves can do so. There’s no stable release date for Souk yet, and as the app is an independent tool it is unlikely to ‘ship’ as part of GNOME by default.

Home » News » Is Souk the Flatpak App Store Experience We’ve Been Waiting For? 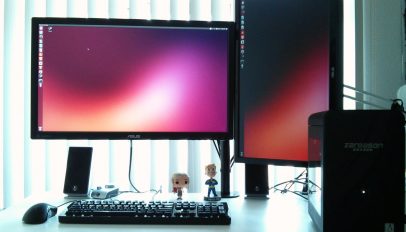 ZaReason, the Linux PC Seller, Forced to Close
Read Next