It’s been a year since we showcased the Material Shell GNOME extension on this site and in that time the add-on has matured greatly.

The developer behind the add-on recently shared a ‘one year update’ with Linux customisation fans on Reddit, announcing that the add-on is now considered stable and is available to install direct from the GNOME Extensions website.

Fans of the well-crafted cross between a tiling window manager and modern GNOEM goodness can also learn more about it through a new website. This not only offers an “intro” the extension to potential new users but also provides a concise introduction to Material Shell, why it exists, and what makes it different from other tiling window managers.

Now, I do want to stress that there is more to Material Shell than appears at first glance.

This is not “just” a different app launcher. It’s not “just” doing some clever auto-tiling. Serious attention has gone in to each quip and quirk that’s present, from its spatial model to its tiling engine through to its ‘persistability‘.

If you take nothing else away from this post let it be that the realisation that Material Shell is not just a “eye candy app launcher”.

That said I do know that Material Shell will not suit everyone’s workflow — but that’s the beauty of open source: being able to adapt, tailor, and tweak the computing experience to better serve our own specific needs.

Whether this extension is the best ever™ approach for this kind of workflow isn’t the point; the fact that we have malleable desktop frameworks that permit experimental and boundary pushing concepts like this to exist is.

Or to put another way: sometimes you can only appreciate what you do like or realise what does work for you when experience something that doesn’t.

That some of of the interaction and interface enhancements explored in Material Shell have since been echoed in Pop!_OS 20.04 LTS is perhaps proof that it’s on to something.

For a broader oversight of Material Shell just hit play on the video in the hero area (which you won’t be able to see if reading from a scraper site or feed fetcher, sorry). If what you see demoed intrigues you then trying it out is the next step.

Well, you can now install Material Shell on Ubuntu from the GNOME Extensions website. The extension requires GNOME 3.34 or greater.

Users can help contribute to the development of the extension through the GitHub sponsor platform. Backer perks include access to a private Discord channel and insight into future development plans! 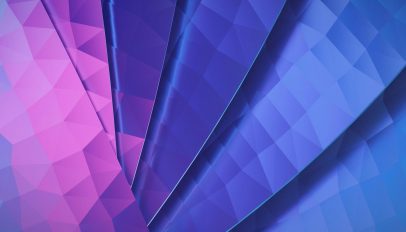