Shutter was the go-to screenshot app for the Ubuntu desktop a few years back, but development stalled and the Linux-loving world, sob, moved on without it.

Now it’s back as a Snap app!

“And just why-oh-why is that news, Mr Sneddon?”, you say.

See, I love Flameshot (it made our list of the best Ubuntu apps) but it’s not quite as intuitive to use or as versatile in the screenshot taking and image editing department as Shutter was. The tool’s “Session” screen alone was a major highlight for me.

Now, if you want to run Shutter on Ubuntu 20.04 LTS (and have it run reliably) you can — but you need to roll up your sleeves to get it working. The app is no longer in the Ubuntu repos, and older builds acquired from older Ubuntu releases have dependencies issues that require …let’s just sat “logistical intervention” to workaround.

Not impossible – heck, maybe even a bit fun if you’re especially bored — but it takes a lot more effort than most of us are (honestly) willing to put in when print scrn is a thing.

“But Joey,” you exclaim, “Isn’t this precisely the kind of use case that technologies like Snaps were made for?!”

Snaps mean you can run outdated apps that rely on outdated libraries in a nice, safe and securely confined sandbox on a modern system without affecting the your system. Take a breath. That was a long seance. Plus, Snaps are easy. You can install this app without breaking a sweat, much less de-upgrading half of your OS or compiling source by hand.

Obviously there are a few drawbacks.

The re-reanimated Shutter Snap app doesn’t have functioning plugins (so no post-snap drop shadows); taking screenshots of windows, tooltips, and menus fails (full screen snaps fine though); the tray icon doesn’t appear; and adding shapes and text and other annotations (i.e. the tool’s strong point) is sometimes a bit glitchy.

But let’s be honest: the fact this app is back up and running at all in 2020 is remarkable. It’s seriously old code. The last real development to the app took place 6 years ago (if we overlook the small update 2017 so that I can make a convincing sounding point 😅).

And now it’s there, accessible, available for people to use again maybe some new developers will step up to plug the current gaps in its functionality? I’m certainly hoping so!

If you’re interested in seeing how the app holds up — warts and all — you can install it in from the Snap Store:

View Shutter on the Snap Store

Or install Shutter on Ubuntu 18.04 LTS and above by running:

For more details check out the Shutter page on GitHub. 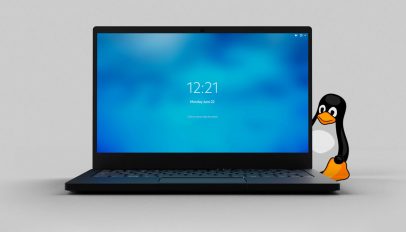