I’m not entirely sure why I write about new releases of the Enlightenment desktop as and when they materialise but I do — as this post attests!

I guess long-term my plan is to kick the tires on a recent build of Enlightenment (likely via the terrific Ubuntu-based Bodhi Linux distro, though the desktop is also available on BSD). Y’know: to see what’s-what, write my thoughts up, and/or make a video (or both. Probably both).

But for now I just gawk at screenshots and ferry word on its changes.

Now, there’s nothing particularly notable about the changes bundled inside of this second point release, but its welcome all the same (and the road to Enlightenment is paved with, er, patches…? Not sure where I’m going with that).

Among the bugs squashed and errors corrected is:

In all it’s an appreciable array of modest improvements. If you want to go hands on with the latest code you can download Enlightenment source code and build the “desktop” — technically E is a collection of modules which resemble a desktop — you’ll find everything you need on the official project website.

A new version of Terminology, a terminal emulator designed for use with the Enlightenment desktop (but available elsewhere too) is also available.

Have you tried E24 recently? I’d love to know what you think of it
News alternative desktops desktop environments enlightenment 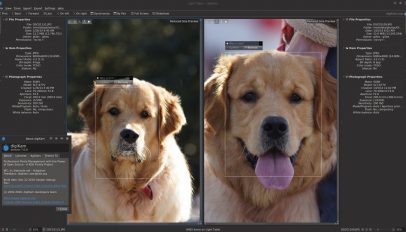