Zemczak adds that “…auto-sync has been enabled and will run soon. As usual, we expect a large influx of builds and autopkgtests in this initial period, which will cause delays.”

What does this milestone mean for you, as an Ubuntu user? Unless you also happen to be an Ubuntu developer, not an awful lot — not yet, anyway.

Heck, somewhat unusually, there’s not even an updated toolchain to speak of at the time of writing (though an upload for one is scheduled for April 30).

But with development of Ubuntu 20.10 off of the starting block the ultimate eventual shape of the ‘Groovy Gorilla‘ will start to slide into view, inch-by-inch, week by week.

The early part of every release cycle is about laying firm foundations, but chances are we’ll get a glimpse of what Ubuntu 20.10 will offer well ahead of its final stable release on October 22, 2020.

Although Ubuntu’s developers will shoot for stability in this release (as any) there is more chance of substantial user-facing changes being introduced in Groovy. It is, after all, a short-term release release and not a long-term support one.

You can’t download Ubuntu 20.10 daily builds right now and it’s not yet possible to upgrade Ubuntu 20.04 to 20.10 using do-release-upgrade -d — but I’ll update this post as soon as they become available.

What change, fix, or feature do you want most in Ubuntu 20.10?
Dev News development groovy gorilla ubuntu 20.10 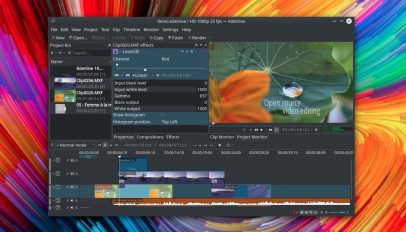