If you run Linux apps on your Chromebook using Google’s fancy Crostini tech, look out for an updated terminal app in a forthcoming update.

As spotted by the focally-blessed hawks at Android Police, Chrome OS 83 (currently on the developer channel) ships with an updated terminal app boasts a solid set of welcome new features.

If you’re unfamiliar with it, the Chrome OS terminal app is available to users of Chrome OS on compatible Chromebooks who opt-in to the Linux (beta) feature.

The feature (through the power of containers) provides a full Linux development environment in which they can apt install popular open software like GIMP, LibreOffice, and, yes, even Mozilla Firefox on a Chromebook and run them alongside other software, native software.

Will these newly-added bells and whistles be enough to tempt ardent advocates of advanced command line apps to switch tools? Probably not…

But for everyone else using Chrome OS and its Linux features the evolution of the no-frills terminal tool in to one with better features and customisation is surely welcome.

If you run Chrome OS (developer channel) you should be able to go hands-on with the new terminal app soon. Everyone else will need to wait for the Chrome OS 83 release to filter down in the coming weeks. 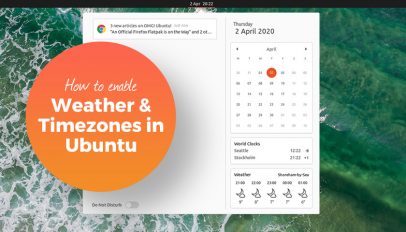