I’ve been listening to 2010 era pop punk all day so when I saw an update from Choqok in my RSS reader I legitimately had to double check the date.

But after years (and I really do mean years) of not putting out so much as a translation update, Qt Twitter client Choqok (hey, I didn’t name it) has amazingly squawked back in to life!

As of writing this Choqok 1.7.0 is perched patiently in the branches, awaiting packaging. It’s fixed some bugs, dropped some plugins, and (finally) lets folks send tweets with more than 140 characters — how 2017!

And what fantastic timing for a third-party desktop Twitter client to re-emerge than now, in 2020. Twitter loves developers more than ever, as its ‘please-oh-my-gosh-how-generous-of-you-jack’ API allowances show!

☝🏻That’s sarcasm by the way — see here for why.

Snark aside, I am genuinely thrilled to see new activity on Choqok. I may not use this Twitter app presently, but boy did I blog about it (and Twitter apps in general) a lot back in the halcyon days of this site.

Y’all think I write about Electron apps a lot? You should’ve been here when it was wall-to-wall Docky and Python-based Twitter apps!

So what’s new in Choqok 1.7.0? Well, nothing particular exciting of itself.

But my excitement is less for this release, and more for what’s to come.

Choqok’s developers teasingly say that Choqok 1.7.0 marks the end of one era, and will ‘prepare us for the next’. One stated aim? Support for decentralised Twitter rival Mastodon, it seems.

Side note: I appreciate that Choqok already supports social networks other than Twitter, but I genuinely don’t think anyone remembers it as, for example, an Identi.ca client, hence the “Qt Twitter app” headline.

Choqok 1.7.0. source code is up on …No, not on Sourceforge, we’ve not rewound that far… the KDE website should you want to download and compile it by hand.

Kubuntu and KDE Neon users will want keep an eye on a — kitchen sink PPA warning — Adilson dos Santos Dantas’ experimental packages PPA. A timely build of Choqok 1.7.0 should appear there in the coming days.

If you do manage to get Choqok up and running, do give us a follow over on Twitter (or Mastodon, if you prefer) where we recently passed 120,000 followers 💪 — stoked by the support, folks.

I really will (I keep saying this) dive into KDE Plasma sometime soon, and knowing there’s a natively integrated Twitter client available for when I arrive is reassuring (though don’t worry though Cawbird, I’m still in the nest with you). 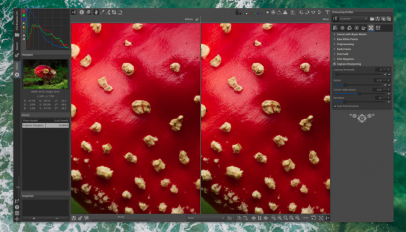