The prevalence of emoji in online discourse has made more of us aware of Unicode and its ongoing updates.

Related Story
How to Quickly Enter Emoji in Ubuntu Apps

But the Unicode standard is far more than just a collection of comical faces used to season folks’ social media posts.

Unicode is “an international encoding standard for use with different languages and scripts, by which each letter, digit, or symbol is assigned a unique numeric value that applies across different platforms and programs.”

Unicode 13 is due for release on March 10 and, among lots of cute new emoji, adds a whipping 5,930 characters!

Naturally, when new symbols and characters are added to the Unicode standard, it’s important for operating systems (and the applications which run on them) to know what’s what.

Hence a recent e-mail to the Ubuntu developer mailing list from Shane Carr, who helps maintain the ‘International Components for Unicode’ package.

Not heard of ICU? On Ubuntu ICU is provided through the libicu-dev package, which is described as “an open-source project of mature C/C++ and Java libraries for Unicode support, software internationalization, and software globalization”.

Think of it as the character deciphering smarts that let apps, services, and utilities (and no, not just ones that show emoji) understand each other properly.

Back to Shane’s email and he asks if Ubuntu would consider packaging the upcoming ICU 66 release, which implements support for Unicode 13 and features improved stability and compatibility with the preceding release, ICU 65:

“I think it would be useful for Ubuntu LTS users to have Unicode 13 available. It contains new scripts and emojis that are increasingly useful to developers. That’s why we are specifically making a small ICU release, ICU 66, to follow Unicode 13. It is really more like 65.2, but we are increasing the major version number because the Unicode version is changing.”

Makes sense to me — but Ubuntu’s Dimitri John Ledkov is a little less convinced by the timing, and replies:

“April is too late, and so is March. In the future, please release in January to be included in the Ubuntu LTS release. Depending […] how early you can release 66; it may or may not make it into 20.04 LTS.”

ICU 66 includes Unicode 13 support, so it can’t be released until Unicode 13 itself is released (which, as mentioned, is in March).

A preview package of ICU 66 which incorporates all the Unicode 13 changes is already available. It’s now up for Ubuntu devs decide whether having the latest Unicode standard is important in an LTS release, or not. 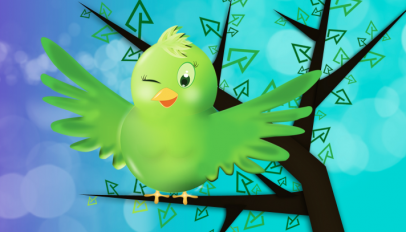 Qt Twitter Client Choqok Has Squawked Back To Life
Read Next