An all-new beta release of the Lightworks video editor is available for testing — and it premieres some hot new features!

The current stable release is Lightworks 14.5, which was first released back in 2018.

While there were plans to release Lightworks 15.0 last year this never materialised. Instead, the engineering effort snowballed on towards this beta, versioned Lightworks 20.

And as you’d expect from a release that’s been over a year in the making, there are some major improvements and new capabilities in tow.

Lightworks 20 sees the professional grade video editor level up across almost every area, from interface to performance to tools. The collective impact of the various smaller changes adds up to a pretty substantial whole.

For example, there’s initial video decoding support for HEVC/H.265 files. Anyone working with video recorded on modern filming equipment will likely find this inclusion a major plus.

Shoot footage on your smartphone? Lightworks 20 automatically detects smartphone clips and rotates video to the correct orientation if needed.

If you make heavy use of still images in your video edits then you may be interested to hear that there are the various changes on that front, including a new “images” filter, correct scale ratio on import, and the ability to drag an image directly onto the sequence viewer or the timeline.

There are also general improvements to layout and sorting in the Content Manager, plus better Audio Network integration (such media can now be used in a sequence), while adjusting individual clip speed is now much faster, thanks to refined context menus.

Other Lightworks 20.0 beta features include:

And that is literally just scratching the surface. For a tonne more detail do check over the individual Lightworks change-logs, which offer a nut and bolt overview of every single change.

Lightworks is free to download, albeit with some feature limitations on Windows, macOS and Linux distros including Ubuntu.

You can download Lightworks 20 beta for Ubuntu 18.04 LTS and above and Fedora directly from the application’s website — just be aware that to use the app beyond 7 days a (free) sign up may be required:

Editshare, the company behind Lightworks, have also set up some dedicated sub-forums for users to report/discuss beta release changes, with separate threads for Linux, Windows and macOS.

Finally, do be aware while Lightworks is free, it is not open source. A Lightworks Pro subscription is required to access certain features, like the option to export edits in resolutions higher than 720p. There’s a handy table for the differences between versions that’s worth checking out. 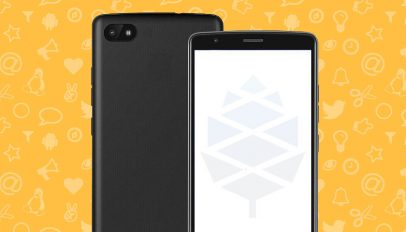