Their new device is powered by an Intel i7-9750H processor (6-core, 4.5GHz turbo boost) with a beefy NVIDIA GTX 1650 Max-Q Turing graphics card and supports unto 32GB RAM — a compelling combination that certainly helps to put the “pro” in “proformance”

Well, it would if “proformance” was an actual word, but you get the idea 💁🏻‍♂️.

As you’d expect of a high-end device in 2019 the Slimbook Pro X 15 has two graphics cards. There’s the dedicated NVIDIA GTK 1650 graphics card and an integrated Intel 630 HD graphics chip.

Depending on the distro or DE being used, it’s possible to switch between the two graphics cards using Nvidia Optimus switching tech and a really neat applet or tool from the community.

The Slimbook Pro X 15 touts a high-resolution 2k 15.6-inch IPS display (16:9) with thin bezels (0.4 cm) and full 100% sRGB colour coverage. This should make it especially good for graphics designers, photographers and those who work with video.

A large multi-touch trackpad and full-size backlit keyboard with choice of layout come as standard.

Two webcams are included: one at 720p for video chats; the other a biometric facial detection webcam that (once again depending on distro and DE) can be used to login in to Linux using your face!

Weighing 1.5 kg, measuring 1.68 cm thick, and packing in a 12 hour battery — which Slimbook say can charge to 80% in just an hour if you use the supplied power cable — the Slimbook Pro X 15 is certainly as portable as it is powerful.

But if there’s one area this device skimps it’s memory. The base model — i.e. the model you get at the price in the headlines — is a meagre 8GB RAM. Even premium Chromebooks come with more than that these days.

Memory can (thankfully) be expanded up to 32GB at any time, including after purchase. That’s more than can be said of other “pro” laptops that ship with soldered memory.

There’s also a relatively light 250GB SSD in the base model (upgradeable, of course). There’s room for a second hard-drive too, which can be configured in RAID array if needed.

With the Pro X 15 Slimbook want to show that there are cheaper alternatives to Apple’s high-end hardware available for Linux users, ones that are just as powerful (if not more powerful) that Cupertino created computers.

“We […] want to meet a demand for 15-inch computers for photo, audio, video or 3D creators; as well as programmers that require compiling or virtualizing various operating systems,” they say in their product announcement.

And add that: ”We bring you a great alternative, with extreme lightness and excellent performance; all at the lowest prices in the market compared to laptops of these relationships.”

Now, I’m not going to pretend that it’s cheap BUT it is really quite competitive when viewed against other laptops in this class, such as the new 16-inch Apple MacBook Pro (€2,699) and even the new Dell XPS 15 (€1,725).

Interested in learning more? Want to buy one for yourself? The Slimbook store listing for the Slimbook Pro X 15 has a world of additional information and details: 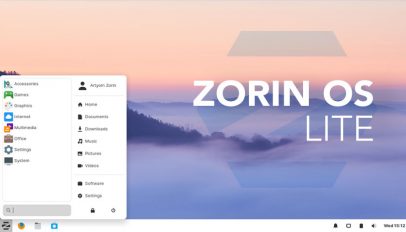