A new version of HandBrake, the free open source media convertor utility, has been released.

HandBrake is a powerful tool you can use to convert one video format in to another, with broad support for modern and widely used video codecs.

HandBrake 1.3.0 includes a crop of improvements to its video transcoding features, including new presets, and intros support for AMD VCE encoding on sported hardware).

Naturally that’s not all; a multitude of miscellaneous fixes, tweaks, and general improvements are also included within this update.

Mac users should note that HandBrake 1.3.0 requires OS X 10.11 El Capitan or later, and that the app is now sandboxed and uses the macOS hardened runtime.

On Windows 10 HandBrake picks up dark theme support, a raft of new preferences, and an improved preferences panel for them to sit in.

HandBrake media convertor is free, open source software. It’s available to download and install on Windows and macOS, as well as on Linux distributions like Ubuntu:

If you run Ubuntu 19.10 you can install HandBrake 1.3.0 (or upgrade to Handbreak 1.3.0) using the official HandBrake PPA. To add the HandBrake PPA to your software sources run this command in a new terminal window:

Then run this command to install (or upgrade) HandBrake:

If you run Ubuntu 18.04 LTS you can not use the HandBrake PPA above to upgrade or install the app. However, you can use the official Flatpak build available via Flathub: 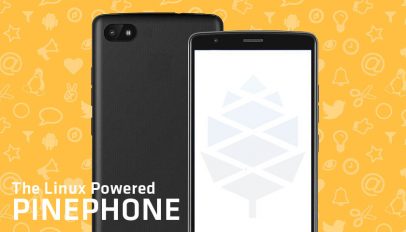 PinePhone: What You Need to Know About This Linux Phone
Read Next