Firefox 69 is a modest release on the features front, with its most notable improvements reserved solely for those using the browser on macOS and Windows systems.

For instance, Firefox 69 will use the energy-efficient GPU for WebGL content on MacBooks that have dual graphics cards, which will help improve battery life while using the browser.

Other Changes in Firefox 69

All Firefox 69 users get to enjoy Flash-free browsing by default as the option to manually set Adobe Flash plugin to “Always Active” is no longer included.

Another removal of note: as of this release Firefox 69 doe not load userChrome.css or userContent.css by default. To keep using these customisations users need to set the toolkit.legacyUserProfileCustomizations.stylesheets preference to true.

Those using the browser in the US can “enjoy” a revamped “New Tab” page that highlights the best content from Pocket, the ‘read it later’ service Mozilla bought in 2017.

As mentioned, this particular Firefox update isn’t substantial enough to warrant an early download. Because of that I’d advise those on Ubuntu or an Ubuntu-based distro to wait for the update to arrive via the package manager.

Windows and macOS users can run Firefox’s built-in update tool to get this release.

If you don’t have Firefox already, and you want it, you can snag an installer directly from the Mozilla website. 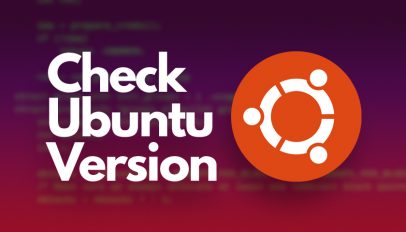 How to Quickly Find Your Ubuntu Version Number
Read Next