Have you been itching to know more about Ubuntu’s ZFS file system plans? Well, get ready to stop scratching, ‘cos Canonical has revealed all.

Now, I know as much about filesystems as I do about world wrestling: that’s to say nothing, other than it can be painful if you’re an amateur. Yet even I’m getting a tiny bit excited by Canonical’s efforts with ZFS.

The newly announced plan — which I should stress could still go south, but probably won’t, but could, but shouldn’t — is to include an ZFS install option in Ubuntu 19.10, the next short term release due this October.

Word of ZFS file system support in Ubuntu 19.10 shouldn’t be a massive surprise to those of you who (thank you) read this blog regularly. An experimental ZFS install option is indeed listed in our Continually Updated Overview™ of the release egregiously earmarked as Eoan Ermine.

But why should you be excited by easier access to what is still an experimental option?

ZFS preadates the better-known Btrfs file system by several years and is, according to some, more reliable and performant that it.

The “downside” is that using ZFS on Linux distributions is a little tricky. The format is tangled up with all sorts of licensing issues.

But those issues haven’t put Canonical off.

“[We] spent time looking at the licensing which applies to the Linux kernel and to ZFS [and concluded] that we are acting within the rights granted and in compliance with the terms on both licenses,” they say.

Feeling it’s well within its rights to use ZFS fully, the company ploughed away on bringing up ZFS file system support for Ubuntu across cloud, server, and containers for several years.

Now it’s coming to the destop.

Ubuntu 19.10 will include an (experimental) option to install the distro with a ZFS root file system support, a feature possible, in large part, thanks to the work of the ZFS on Linux project.

“By working towards adding support for ZFS as the root file system, we will bring the benefits of ZFS to Ubuntu users through an easy to use interface and automated operations, abstracting some of the complexity while still allowing flexibility for power users,” Canonical say.

There’s already some nice work on offer in Eoan, including integrating some of the advanced capabilities of ZFS into the GRUB boot menu, e.g., making it easy to view and boot filesystem snapshots.

ZFS on Linux as a desktop Ubuntu filesystem is an exciting prospect but it’s important to remember that, for now, it remains experimental, not the default, and best used by who can handle the suplex and body slams that advanced file systems can often throw…

Is a ZFS install option something you’ll be taking advantage of?
I think this makes Ubuntu the first desktop Linux distro to offer ZFS
News filesystem Ubuntu 19.10 zfs 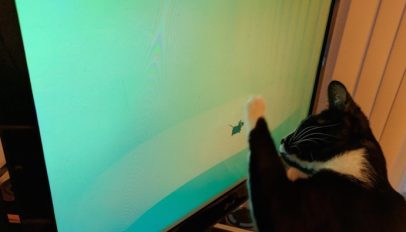