A few readers have mailed in to ask me how to use Feral GameMode on Ubuntu.

Problem is, when it comes to gaming I’m about as “current gen” as a Game Boy camera. Asking me for help with modern Linux gaming is like asking your mum about Linux — yeah, that bad!

But I figured I’d write a couple hundred words on Feral GameMode here and if no-one cares, no-one cares: at least I can go away feeling a little more “with it” 😉.

So behold a short primer on what Feral GameMode is, what it does, and how you can install Feral GameMode on Ubuntu 18.04 LTS (and up) to (hopefully) benefit from improved gaming performance on your system!

What is Feral GameMode?

Feral GameMode is a discreet background utility that aims to improve gaming performance on Linux distributions like Ubuntu.

It’s not a GUI app; there’s no multi-button dashboard, no toggle-fest, and no real feedback on how it’s running.

Games compatible with GameMode are able to ‘request’ that a specific set of tweaks are applied to the host system and/or the game process(es) for a short period.

These tweaks ensure system resources prioritise the gaming experience over other tasks, like drawing your desktop background or checking for updates.

One assumes (given the name) that Feral’s effort is inspired by Game Mode for Windows 10, a native feature that: “focuses system resources on games when enabled”.

So if you’re familiar with the Windows 10 game mode this is kinda the same thing (but also kinda isn’t).

Okay, so how does GameMode work?

As mentioned, GameMode optimisations adjust Linux system performance on demand. This means that the “improved performance” isn’t on offer continuously (not in the way CPU governor controls in battery saver apps like Slimbook Battery 3 work).

When active, GameMode “adjusts the nice priority of games to -4 by default to give it a slight IO and CPU priority over other background processes. This only works if your user is permitted to adjust priorities within the limits configured by PAM. See /etc/security/limits.conf.“

By giving games the biggest share of resources titles should fun faster, smoother, with higher frame rates, no input slowdowns, and so on.

But is it any good?

Sadly I don’t own a Linux machine that’s capable of running AAA titles — nope, not even GameMode can help — but there’s plenty of positive feedback on the utility on the web.

— And since people are generally more likely to complain online than praise, this is a good sign!

Can I install GameMode on Ubuntu?

To install Feral GameMode on Ubuntu 18.04 LTS and above you can add the official project Personal Package Archive (PPA) to your system’s software sources.

Doing this will get you the very latest version of Gamemode on Ubuntu 18.04 LTS, direct from the command line.

How do I run GameMode on Ubuntu?

Once you’ve installed Gamemode on Ubuntu using the PPA mentioned above, the feature will “just work” the next time you reboot your system and launch a game that support it.

So which Linux games support GameMode?

Right now the “supported” list isn’t huge, but among the Feral Interactive titles which make use of it you’ll find big-name titles like: –

One imagines that more games will support the feature in the future. If you hear of a game gaining support do ping me and I’ll add it to the list.

Can I use it for other Linux games too?

Potentially, yeah! You just need to run your game using the GameMode run command, like so:

That said, don’t expect MAJOR improvements; if your system is struggling to run a game before game mode, it’ll likely still struggle with it too.

How can I tell if GameMode is running?

You can see if Feral GameMode is active using the command line, though a less conspicuous way to monitor its activity is to make use of this handy GNOME Shell extension.

If you try Feral GameMode do share your experiences below!
Gaming feral gamemode Gaming

Home » Gaming » Feral GameMode: What It Is, and How To Use It On Ubuntu 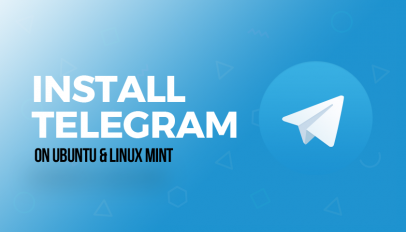 How to Install Telegram on Ubuntu Linux
Read Next