‘This tool is unashamedly geeky, yet undoubtedly useful’

With a short command you can “fetch” all sorts of information about your system, from the Linux kernel version number to how long it’s been running (“uptime”).

Command line stat tools are typically much faster at surfacing the bulk of this data then if you were to point and click you way through GUI system info apps like i-Nex and CPU-g.

All of this garble is to say this: I was stoked to find a link to Neofetch in my tips inbox recently (our recent call for content has done wonders). Neofetch is now my favourite CLI system information tool. 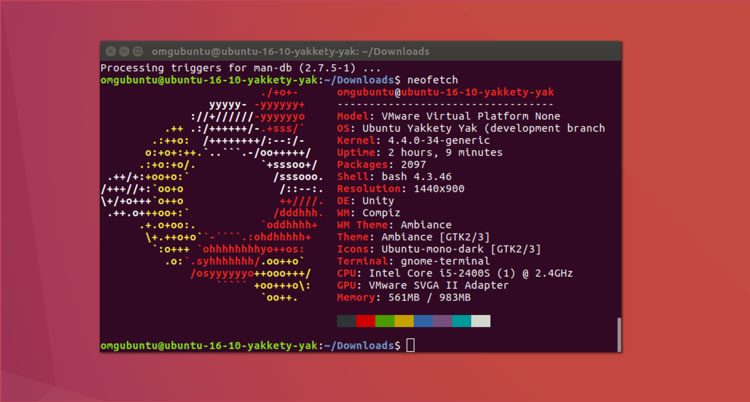 Written in Bash, Neofetch displays information about your system next to an ASCII operating system logo (or any picture you configure it to display).

You can run Neofetch on Windows, macOS, Linux, Android and more

Designed to handle show and tell, apps like Neofetch are a mainstay of desktop screenshots. Not only do they distill information about the operating system, kernel version, and desktop environment, but also the theme and icon set in use, which window manager is running, and even which version of Bash is installed!

Basically, its the sort of tool made for Linux nerds like us!

You can install Neofetch anywhere you can run Bash. That means it runs on Linux, macOS, iOS, BSD, Solaris, Android, and (yup) even Windows 10.

One of Neofetch’s “pluses” over similar CLI system info tools is the extent to which you can customise it.

Through the use of command line flags (or the user config file) you can customizable the out put. With over 50 config options to play around with, you can craft a stat print that’s utterly bespoke to your needs.

One neat feature of Neofetch is that you run the app and have it take a screenshot of your entire screen at the same time! 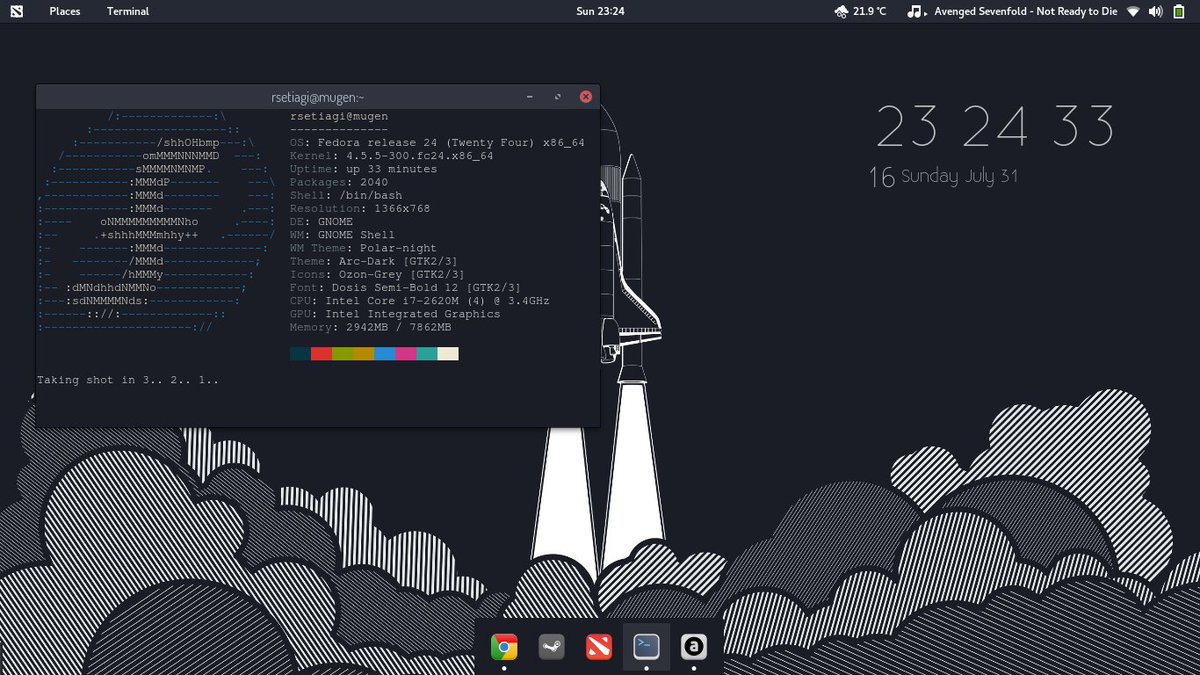 You can install Neofetch on Ubuntu in a number of ways.

If you use Ubuntu 16.10 or later you can download Neofetch direct from the Ubuntu Software, no fuss:-

To get new versions of Neofetch as and when they’re released you may want to use/add the official Neofetch PPA to your software sources.

To add the Neofetch PPA to your system just the following commands from your Terminal app of choice:

If you just want to download the very latest version, you can grab an installer package directly from the PPA packages page:-

Remember, because Neofetch is a command-line tool you won’t find an app icon in the app menu. To use it, just run:

from the command line.

to see a full list of the various command line arguments you can use.

Feel free to share screenshots of Neofetch from your desktop in the comments below!