Earlier this month I claimed that the nifty Material Shell GNOME Extension would (probably) be the coolest thing you see this month.

Well, I was wrong.

THIS is the coolest thing you’ll see this month.

Let’s pretend for a moment — or the entire day, up to you — that you’re a time-travelling Linux enthusiast planning a visit to mainland Europe in the 1930s.

While there you want to use an era-appropriate way to access your Ubuntu machine to avoid raising eyebrows from curious time-natives (and the inter-dimensional paradox hunters hot on your tail).

Sure is! Just locate your nearest exchange network, “borrow” a 60lb Teletype machine capable of sending and receiving messages, and hook it up to your Ubuntu machine using the rudimentary serial interface, some Arduino middleware, and a USB cable.

It will let you issue commands on your Linux PC using an old-skool typewriter-style machine, and get the output typed back, on paper, in-front you!

Aka the coolest, most steampunk way to remotely access Ubuntu, period.

And you can see it in action in the video below, which sees retro-tech tinkerer Mattis Lind log on to his Ubuntu Linux laptop using a Lorenz Lo15 teletype machine — and get the command out put typed back.

The Lorzenz Lo15 is a 1930s teleprinter (also known teletype, teletypewriter, and TTY [TeleTYpe], the the latter being how the Unix TTY available in Linux distros got its name).

The machine features an early serial interface that, with the right know-how, can be mapped to USB (Lind explains more in a follow-up tweet), something a troupe of talented tech bods have taken advantage of over the years.

The effort involved might not justify the means — there’s little practical application for this. Aside from the cabled connection these machines are limited to a certain number of characters per minute, model dependant, and a limited character set.

I’d hate to run ls on my music folder from one of these (but I’d love to see the output from a system info tool like neofetch on one these).

But as a pure piece of “what if”, it’s terrific! 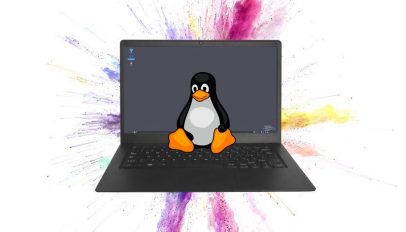