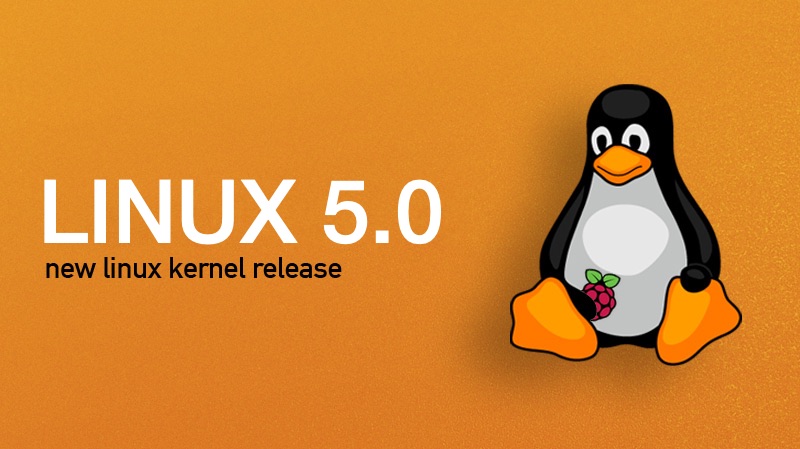 Linux Kernel 5.0 has been released.

Previously earmarked to be version 4.21, the new release comes with a bucket full of improvements (as you’d expect).

Linus Torvalds explains that: “The numbering change is not indicative of anything special. If you want to have an official reason, it’s that I ran out of fingers and toes to count on, so 4.21 became 5.0”.

Hey Linus: if you ever need more fingers to count on, there are plenty of people willing to lend a hand …oh my gosh what a terrible joke why am I still typing it.

But, as always, the bulk of the improvements sit at the lower-level. Most major changes are invisible, intangible and uninteresting.

That said, there are some notable new additions worth mentioning. These includes:

The list above isn’t exhaustive but a selective digest of the more noteworthy changes. With more than … I don’t have enough fingers or toes to count … changes, there simply isn’t room to list everything.

However, you can read on for a little more detail on some of the stuff listed above.

First up is support for Adiantum in fscrypt. Adiantum is Google’s drop-in replacement for the (controversial) NSA-developed Speck.

Is this a feature you’ll be taking advantage of?

Fans of dynamic refresh rates and no screen tearing will be pleased to hear that AMD FreeSync works with the Linux 5.0 mainline kernel (though it also requires MESA 19.0 and some other updated bits).

To take advantage of this you’ll need an AMD Radeon R5/R7/R9 200 or later (including Vega) and a monitor with FreeSync technology support.

Linux 5.0 ships with a Raspberry Pi touchscreen driver out of the box.

The folks behind the successful line of single-board computers produce an official 7-inch touch display for the Raspberry Pi. Like the computer it hooks up to this is pretty cheap (around £60 or so) and pretty versatile. It supports 10-finger touch and a 800×480 pixels resolution.

With Linux 5.0 this touchscreen works with the mainline Linux kernel, no workarounds required.

Each and every Linux kernel tries to keep pace with the evolving nature of technology. Among the newly released and/or in development hardware picking up tentative support this time:

Support for existing hardware is also improved, thanks to a smattering of device-specific changes.

For instance, ThinkPad and ASUS laptop users can now use special shortcut keys on their machines, and the addition of a new driver for the Aquiantia AQtion USB-to-Ethernet adapter should ensure robust networking capabilities.

Accessories and peripherals that pick up renewed support include the Cougar 700K gaming keyboard and Logitech mice with Logitech High Resolution Scrolling features.

Source code for Linux 5.0 is available to download now, but won’t be much use unless you know what to do with it.

The upcoming release of Ubuntu 19.04 is almost certain to include Linux Kernel 5.0 (or a later minor revision, should one emerge before kernel freeze on April 1).

That said, you don’t have to wait until then. It’s possible to install mainline kernel on Ubuntu using a tool like Ukuu.

But this is not recommended. The official Ubuntu Linux kernel includes Ubuntu-specific patches, tweaks and other additions; your system may work less well on a mainline kernel than it does on an Ubuntu flavoured one.

Do you use the mainline Linux kernel? Share your experience
News kernel linux kernel raspberry pi