Raise the subject of open-source Linux video editors among Linux enthusiasts and chances are someone will mention ‘Kdenlive’.

Some will opine for OpenShot, prefer Pitivi, or favour Flowblade, but a sizeable set of FOSS-loving creatives will recommend Kdenlive — and for good reason.

Striking a balance between advanced prosumer features with straight-forward consumer user interface is hard, but Kdenlive manages it.

Throw in a nice selection of easy-to-apply effects and transitions, precision editing tools, keyboard shortcuts, and an efficient export process, and it’s easy to understand the adoration.

The team behind Kdenlive recently held a real-world meet-up in Lyon, France. Their task: some last-minute buffing of the editor’s newer, faster ‘refactoring’ branch ahead of a formal release in the coming weeks.

As you’d expect, the team made fixes, found new bugs, and implemented a couple of new and old features during their 4-day sprint.

But beyond code they also created something a little more special: a behind the scenes video spotlighting themselves, the developers behind the app, motivations for collaborating, and thoughts on the editor’s future.

I suppose it’s a given: put a bunch of video editing enthusiasts in the same room and chances are a video will emerge.

But more than that, it’s a great way for them to test the editor they’re hacking on, and communicate their effort publicly!

Home » News » Kdenlive Devs Had a Sprint, Made This Awesome Vid 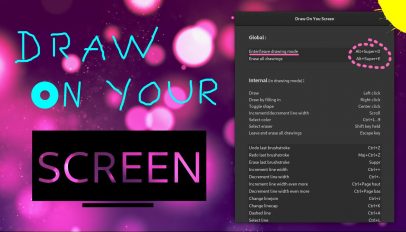