Remember the Atari VCS, aka the crowd-funded Linux-based games console that is totally not vapourware and will absolutely be released?

Well, its release just got delayed.

Those who backed the (very successful) IndieGoGo campaign won’t receive their units until late 2019 at the earliest. The console had originally planned to ship to backers in the summer of 2019, and go on general sale soon after.

But although this delay is disappointing development for fans of this particular vintage gaming icon, there is an upside.

Yup, it turns there is a very good reason for the delay…

The team behind the Atari VCS console (which now includes an ex-Xbox guru) have announced that the machine is getting a major processor upgrade. It’s this upgrade that has, they say, necessitated the delay in release.

The Linux-powered machine will now be powered by an (as yet unannounced) 14nm AMD Ryzen APU. This, the Atari VCS team say, boasts Radeon Vega graphics and two “Zen” CPU cores.

The Atari VCS was initially set to use a processor from the AMD “Bristol Ridge” family. This chip may have made sense back in 2017, when the Atari VCS console was conceived, it is a touch dated now, in 2019.

While an improvement, no-one should expect anything overly fancy; this is an ’embedded’ chip, not a full-blown desktop-class processor.

The good news (for those who’ve already backed, and those still looking to) is that the APU switch is said to run “…faster, cooler, and more efficient, allowing the VCS to benefit from a simpler and more effective power architecture and thermal solution.“

But the uplift in processor also adds some new capabilities, including built-in Ethernet, native 4K video with HDCP, and support for DRM-addled video content from the likes of Netflix, HBO, etc.

They add that they’ll share more details the Atari VCS, including its design, games, media content, OS, console peripherals and lots more over “the next few months”.

Hopefully that include lots of juicy details on the custom Linux-based OS the system plans to ship with (not to mention its support for side-loading an alternative distro, like Ubuntu!).

Did you back the Atari VCS? Are you happy with the delay?
Gaming Hardware Atari Ataribox crowdfunding Gaming 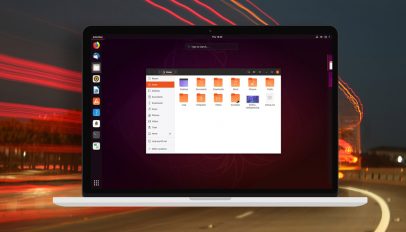 The GNOME 3.34 Release Date is Set
Read Next