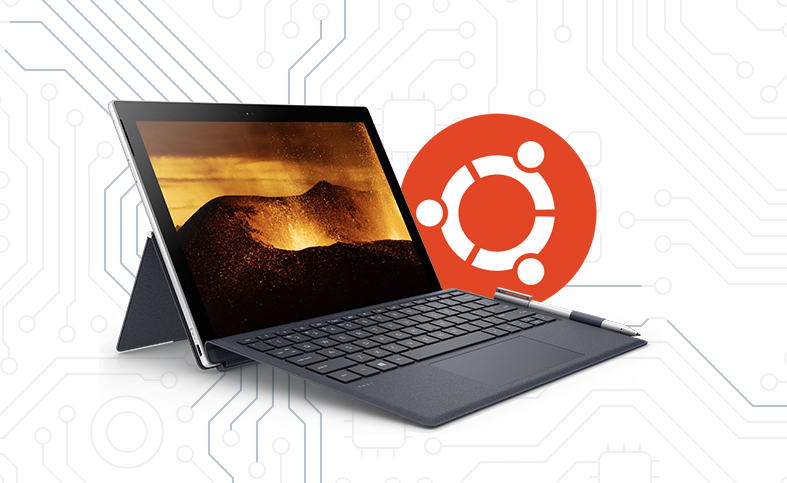 A crop of Windows 10 laptops that run atop Qualcomm Snapdragon ARM processors are available from major PC makers.

Notebooks such as the HP Envy x2 and Asus NovaGo, though novel, and offering crazy-long battery life, have been criticised by users and tech bloggers alike for being slow.

Poor performance and app incompatibilities around the ‘x86’ emulator Windows 10 for ARM uses have dogged these machines since their launch.

But help is finally at hand…

Now, first things first: Ubuntu on ARM is nothing new. Heck, Ubuntu (as well as most Linux distributions) support the aarch64 (ARMv8) architecture to varying degrees and have done for a while!

What’s different here is the focus. The snappily named “aarch64-laptops project” wants to iron out long-standing kinks, simplify install and set-up, and work towards full support for Ubuntu on ARM 64 devices.

The project supports three ARM laptops at present, all of which run on the Qualcomm Snapdragon 835 chip:

Running Ubuntu on these devices involves download a prebuilt image, flashing it to an SD card using a custom tool, putting that card in a machine, and booting into Ubuntu.

Lest anyone rush out to download and flash one of the prebuilt images right this very second I must point out that the project is very much a work in progress.

A few critical features are missing or as-yet unsupported, including:

No Wi-Fi would be a major blocker for me. But the Arch64 Laptops project say upstream Linux kernel work could soon resolve this, and other, issues.

Additionally, accelerated graphics could be tackled using the work of the Freedreno project.

Once the project has had time to mature it may emerge that Linux is an OS better suited to running on ARM laptops than Windows 10 is. Many open source apps are already available natively on ARM, no slow translation or emulator layer required.

And with plenty of new ARM laptops on the way, including the promising PineBook Pro, the future of Linux on ARM laptops looks exciting!