It’s not often that a Linux desktop screenshot makes me stop what I’m doing and drool. But the one you see above? It just did.

It’s hard to believe but the desktop above isn’t Deepin Linux (my first thought) or some sleek KDE Plasma mod but Ubuntu 18.04 LTS ‘Bionic Beaver’.

If someone put Ubuntu and iOS 12 in a blender, it’d look like this stunning desktop

But although the underlying operating system is familiar the rest of what’s on show is made up of unfamiliar, custom code from the hands of Redditor Noah_The_Blob.

He shared screenshots of his bespoke desktop set-up on the /r/unixporn sub-reddit this week. Here, the world, including me, duly gave him props, upvotes and endless questions about how to recreate the look for ourselves!

Nicknamed “Flurry“, the transparency-heavy desktop is made up of various custom parts, including a window managerT “loosely based on OpenBox“.

And yes, it tiles nicely: 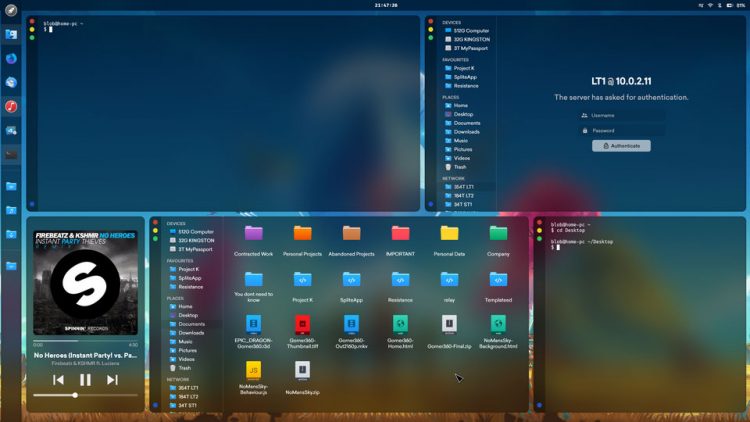 There’s also a custom wallpaper engine written in HTML5 that supports adding ‘complications’ (conky-style widgets) on top; a custom dock; a custom launcher inspired by GNOME Shell; a custom terminal app; and even a custom version of the Nautilus file manager with oodles of transparency and blur.

Just about every part of the desktop environment seems to be a custom element or app which is really impressive. Some people have trouble setting a changing their desktop wallpaper, let alone an entire desktop shell! 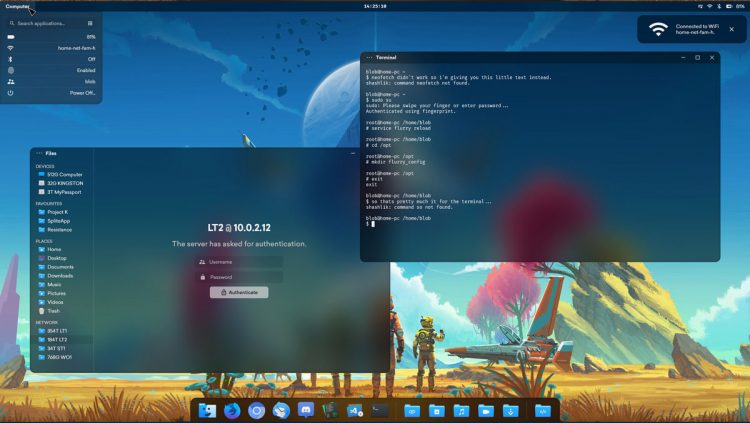 The choice of wallpaper (helpfully available to download from Imgur) and the Sailec and Fira Code fonts used throughout might be the only non-custom elements at play!

If someone put Ubuntu and iOS 12 in a blender, it’d look like this. 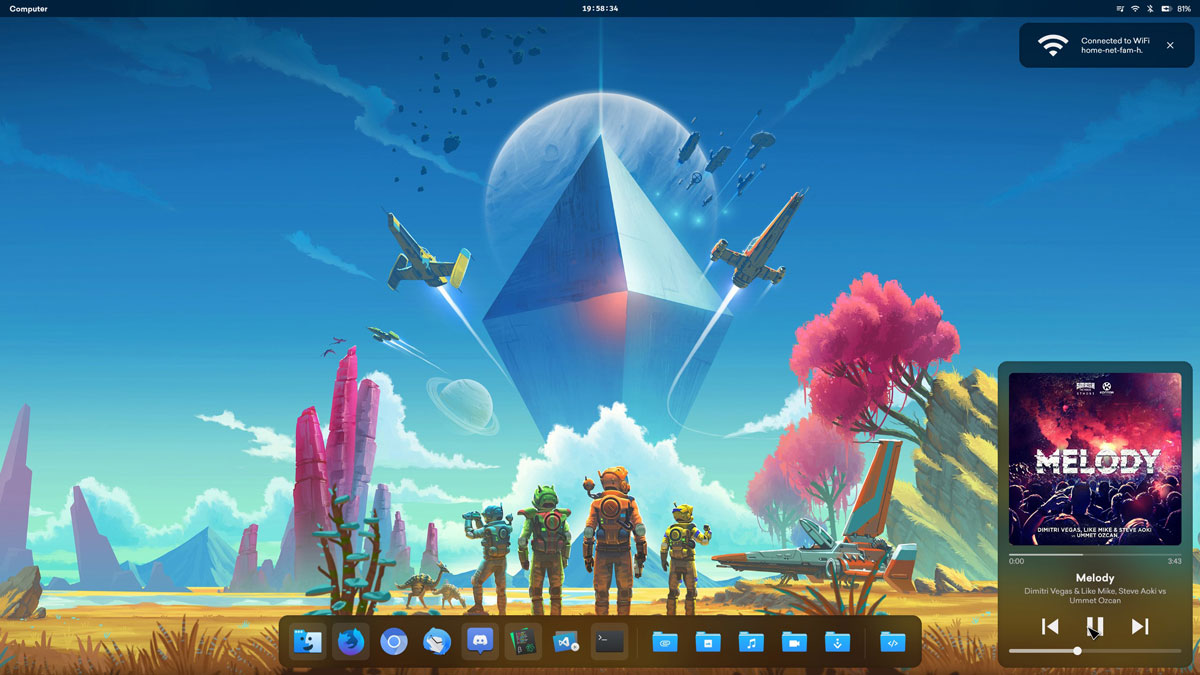 If you’re interested in the backend behind the bling, Flurry’s developer offers a bit more detail in a couple of follow up comments to other Reddit users:

“I’m using QtWebkit for everything web-related. The CSS and JS don’t use that though, the CSS is parsed and all implemented properties are applied or passed to GTK. The JS extensions use Node currently, but i’m looking to write my own V8-based implementation soon.”

Oh no —do not let the mention of Javascript and webkit put you off; it’s what Deepin Linux use in the Deepin Desktop Environment.

Personally, I’ve longed to toy around with OpenBox set-ups for a while (thanks, in large part, to the UnixPr0n sub and those who post in it). The appearance of the so-called ‘Flurry’ desktop only emphasises why!

Dig the look of Flurry? You might be interested to known that the developer behind it plans to make all of his code available in the coming weeks. Expect us to be back with How To guide as soon as it’s available!

Jano I love these mockups, although I don't agree with the…
GNOME Design Mockups for a Modern Image Viewer with Editing Tools