We’ve got two all-new short-term releases ahead of us: Ubuntu 19.04 mid April and Ubuntu 19.10 in late October.

Both release will be packed full of the latest software and kernel updates, though the latter release is of particular interest as it it will lay the groundwork for Canonical’s next Long-Term Support release, Ubuntu 20.04.

This year will also see more work done to make the (now not so) new Yaru GTK theme as pixel-perfect as possible; icon set changes to improve visual consistency are underway; and an optimistic proposal to create an ‘editorialised’ Software center that dispenses articles, reviews and tips alongside apps (just like the macOS App Store) should kick in to gear.

But that’s not all, folks!

Below, we highlight five new features, releases and changes we’re expecting to see from Ubuntu in 2019. Our list is based on publicly accessible development plans, wiki pages, forum posts, mailing list e-mails, and the odd secret whisper or two. 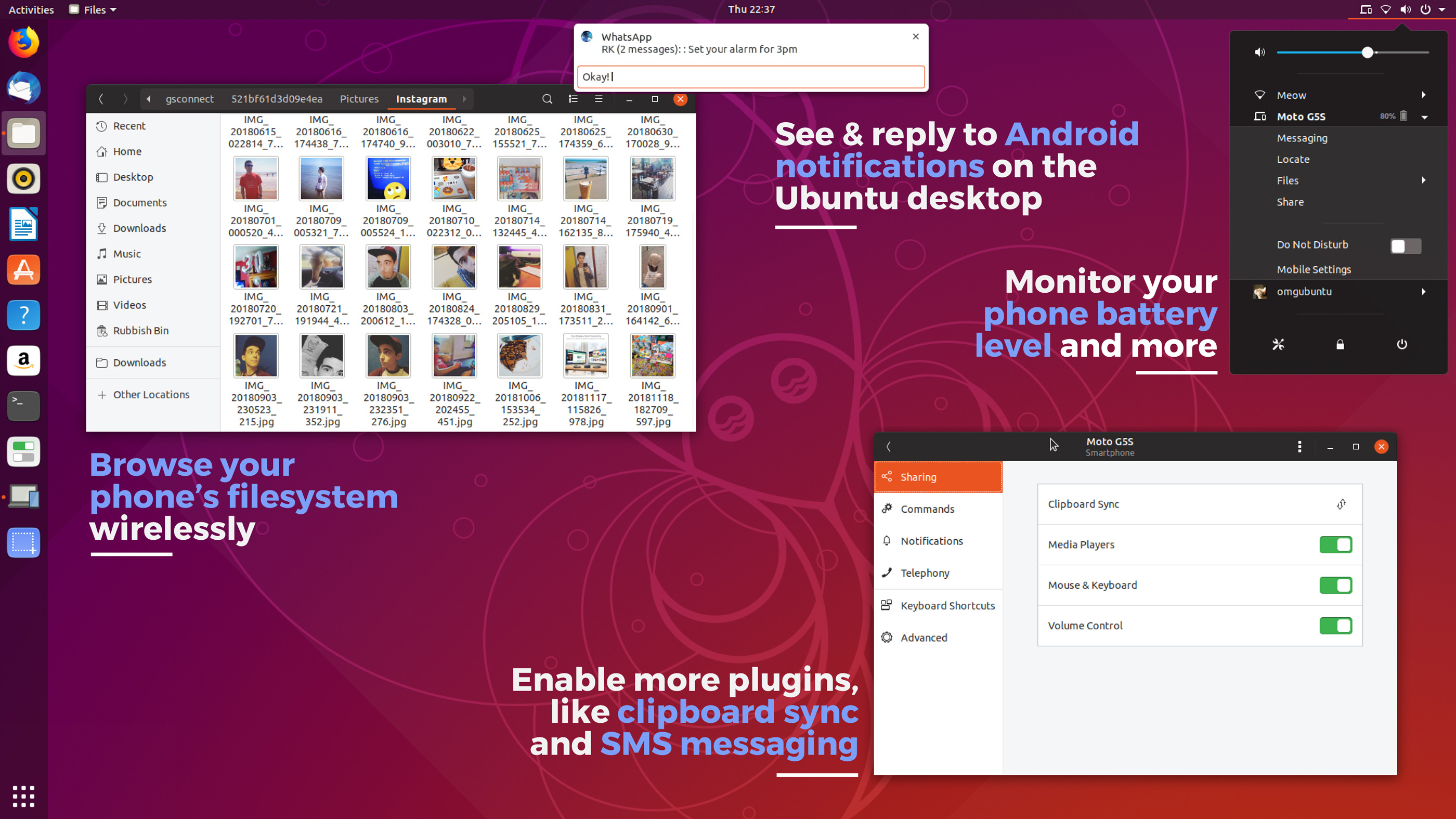 We recently showed you how to connect Android to Ubuntu wirelessly using a GNOME Shell extension and an open-source Android app.

If the various system integrations that extension enables, like being able to send SMS from the desktop and sending files to and fro your device and PC left you impressed you’ll be pleased to learn that Ubuntu devs plan to include GSConnect by default in Ubuntu 19.04.

Questions remain over how it will work.

Will GSConnect ship pre-enabled on all desktops, regardless of whether users want to use it? How will it communicate its set-up flow (and Android app requirement) to new users given that it doesn’t have a wizard walkthrough? If it ships turned-off, how will new users be informed about it?

Ubuntu doesn’t make it easy to enable or disable GNOME Shell extensions out-of-the-box. One has to install the (very handy) Tweaks app to do it with ease. With a potentially superfluous add-on being included, that may have to change.

Fractional scaling isn’t the sexiest feature in the world, but if you have a HiDPI simply it’s something sorely missing. For example, on my 4K monitor the Ubuntu desktop at 100% is too small but at 200% just too darn large.

Not so on Linux Mint where the Cinnamon desktop fits beautifully at 150%.

While there is no clear time frame on when fractional scaling support will arrive in Ubuntu. The work around it is more of a “GNOME” effort than an Ubuntu one. That said, Ubuntu’s engineering team have been involved in helping to make a reality.

Experimental support for fractional scaling was available to test in GNOME 3.26, so hopefully we won’t have to wait long for it to go stable.

Remember talk about a brand new Ubuntu installer? Mark Shuttleworth kicked off plans for one back in early 2018, suggesting that a new installer make use of modern technologies like Electron, Curtin and Canonical’s Subiquity.

Admittedly the effort has yet to show any signs of getting underway. There’s no code, and there are no official mockups or designs for what the new installer might look like.

Yet the idea remains listed on the Ubuntu developers’ to-do list for the 19.04 cycle, though we’re more likely to see concrete progress towards it in the second half of the year.

Snappy is Canonical’s distro-agnostic packaging format that’s proving to be super popular with software vendors. From Skype, VLC and Spotify to Node.js and Visual Studio Code — a wide variety of Snap apps are readily available on Ubuntu (and other Linux distros which support Snapd).

In 2019 expect to see the catalog of available apps continue to swell, and new features and capabilities introduced.

Theming issues, for instance, are something Snapcraft developers are actively trying to resolve. Under the default Ubuntu GTK theme most apps look okay, though a few (like VLC) continue to offer a very basic GTK interface in in-app menus. Functional, but not pretty.

Slow startup time is another area where Snappy developers are focusing effort. Expect to see cold-start times improve in later releases of Snapd.

By default the Alt + Tab behaviour in Ubuntu is in sync with upstream GNOME — but in 2019 that will change.

Based on feedback from Ubuntu users and the Canonical design team Ubuntu 19.04 introduces a subtle change in Alt+Tab functionality.

At present the Alt + Tab keyboard combo switches between groups of windows based on application. So if you have two Nautilus windows and two Terminal windows open you’ll toggle between them:

But in the the Disco Dingo Alt + Tab switches between individual app windows, on a windowed basis:

A small, subtle change that makes the default set-up a little easier on the old muscle memory!

Should you prefer the ‘GNOME’ way of doing things you can still switch between applications using Super + Tab.

What are you hoping to see Ubuntu do, change or update in 2019? Let us know in the comments!
List alttab disco dingo fractional scaling GSconnect ubuntu 19.04 yaru 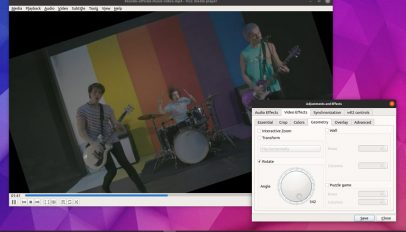