The dev team behind the Thunderbird e-mail client have detailed their ambitions for the coming year — and if you’re a fan of fast, pretty things, you’re gonna be pretty well pleased.

Mozilla’s desktop email client might not be as popular as its desktop browser, but Thunderbird remains a venerable app with a large following. After all, it still comes pre-installed in a slate of major Linux distributions, including (no prizes for guessing) Ubuntu.

But should the effort teased in a new year blog post happen, Thunderbird could find itself enjoying something of a revival…

Last summer’s release of Thunderbird 60 brought an improved “Photon” UI, some salient fixes and improvements, and a brand-new logo.

But the UI and UX changes won’t end there.

“We have received considerable feedback asking for UX/UI improvements and […] we will work on this in 2019. With the addition of new developers we will see some focus on improving the experience for our users across the board in Thunderbird,” writes Sipes.

Adding: “Beyond that, we will be looking into leveraging new, faster technologies in rewriting parts of Thunderbird as well as working toward a multi-process Thunderbird.”

Multiprocess Thunderbird?! Count me in.

Among other changes, Thunderbird notifications will soon use each desktop or operating system’s native notification system, and there’s to be an “overhaul” of the encryption and settings experience.

Better Gmail support, specifically with regards to Gmail labels and other service-specific integrations, is another key area where the newly-expanded Thunderbird development team say they want to focus their efforts.

Web e-mail services like Gmail undoubtedly dented the popularity of desktop-based e-mail clients, but they didn’t erase it outright. Many people still like to work with a local database of mail, manage their mail offline, or use add-ons to extend and compliment their experience.

And this year, Thunderbird is intent on delivering an exceptional experience to those users — and I can’t wait. 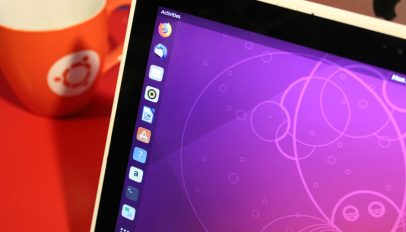 What to Expect From Ubuntu in 2019
Read Next