Tweet Tray is a desktop Twitter app that lets you to compose new tweets on your desktop, without a web browser, and without any of the social network’s other features.

The simple little tool is built using (what else?) Electron, React, Redux and Styled Components.

Since the app is designed to be used briefly, then get out of your way, the “non-native” drawback found in most Electron apps isn’t an issue here.

Tweet Tray is free, open source software that works on Windows, macOS and Linux. An Ubuntu installer is provided on the project GitHub page, as is a standalone AppImage.

Install the app as you would any other (if using the AppImage remember to give it permission to run). 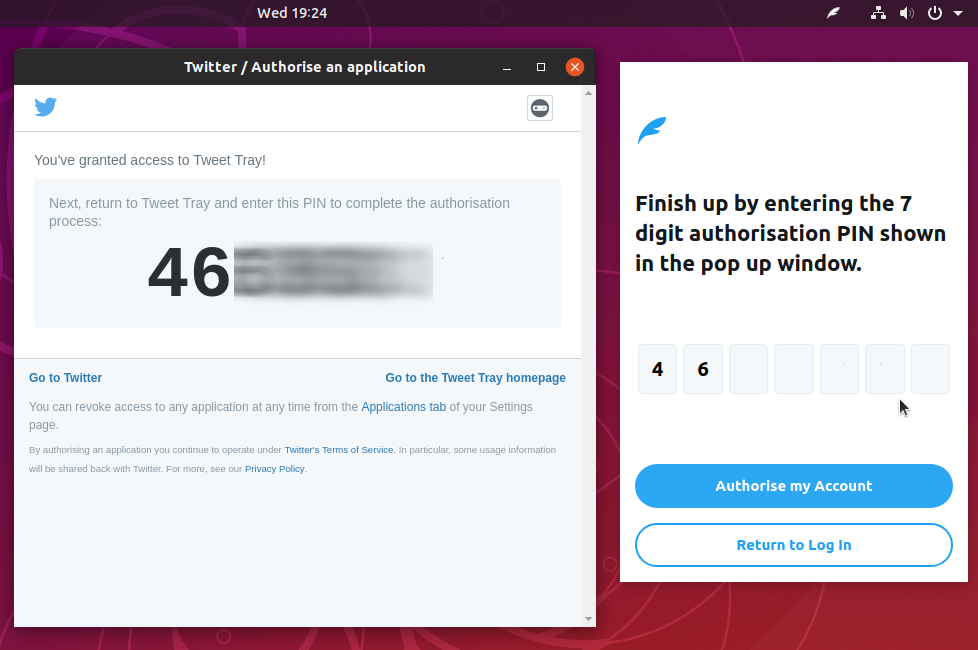 When you want to tap out a tirade or treat your followers to an inspired thought or two just click the feather icon in the bottom right of the screen at any time to open the ‘Compose’ window and share what it is you want to say.

A character circular character account is spun around your user avatar as you type (see screenshot at the start of this post). The circle progresses from green, to orange, and finally to red as close in on Twitter’s allotted 280 character count.

When you’ve summed up your thoughts hit ‘Send’ to send your tweet. Twitter Tray will show a desktop notification say it was successful. Click this notification to open your tweet (and gauge your followers’ reaction to it) in a new browser tab.

Tweet Tray is a superb little app that’s designed to do one thing, and do it well. It’s concise, fast, and easy to use.