While most of us use the holiday season as an excuse to do as little as possible — while eating as much as possible — Linux developers tend to use their downtime to dive in to work on their personal pet projects.

And ever grateful are we that they chose to do so!

This week’s Linux release roundup takes a look at the latest Linux kernel release, the changes in a couple of popular GNOME Shell extensions, and finds out what’s new in a few of free software’s best-known apps. 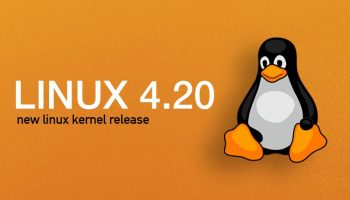 Christmas brought more than unwanted socks and deodorant sets as a new version of the Linux kernel arrived too.

Notable features in Linux 4.20 include:

Hardware enthusiasts will be stoked to see a more mainline ARM support for single board computers (SBCs). Boards now working include the Orange Pi Zero Plus 2, the Pine64 LTS, a slip of Banana Pi boards, and the ASUS Tinker Board S.

To learn more about this kernel update check out the release announcement on the Linux Kernel mailing list. And if you’re riding the Ubuntu 19.04 daily builds, look out for Linux 4.20 in the update queue in a couple of weeks. 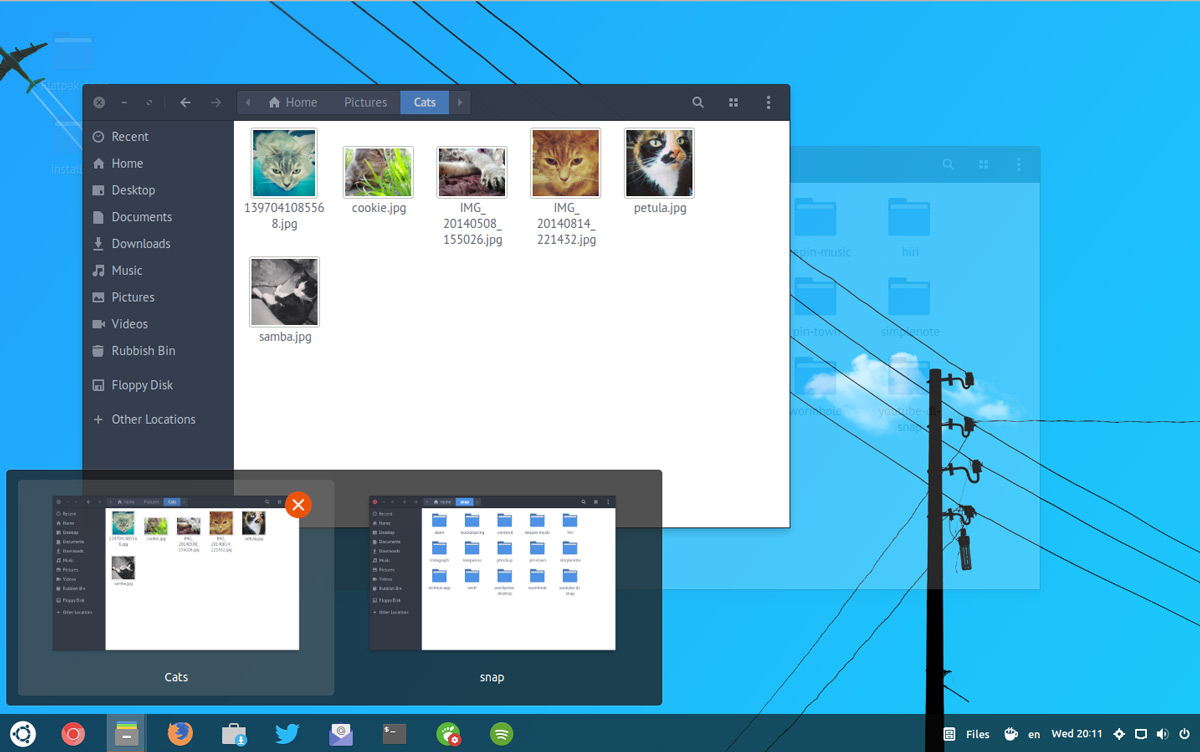 One of my personal favourite GNOME Shell extensions is Dash to Panel.

The add-on totally transforms the Ubuntu desktop by combining the Ubuntu Dock and the GNOME Top Bar into a single-panel desktop — and it works like a streamlined dream!

The latest update to Dash to Panel adds multi-monitor support, including the ability to choose which monitor the “status area” of the panel appears on (it will default to showing on both).

While those of you using Dash to Panel on different devices will appreciate the ability to export your settings so that you can import (apply) them on another system, This could save you some time tweaking things to match your needs.

Dash to panel v17 is pending review on GNOME Extensions, but if you already have it installed you’ll be notified when  update is available.

You can grab the latest release direct from the Dash to Panel homepage and install it manually.

Alternatively, download and extract this Zip, extract the .zip inside and rename to ‘dash-to-panel@jderose9.github.com’. To complete the install move the folder to ~/.local/share/gnome-shell/extensions. Restart GNOME Shell (or log out and back in) and then enable Dash to Panel in the GNOME Tweaks app. 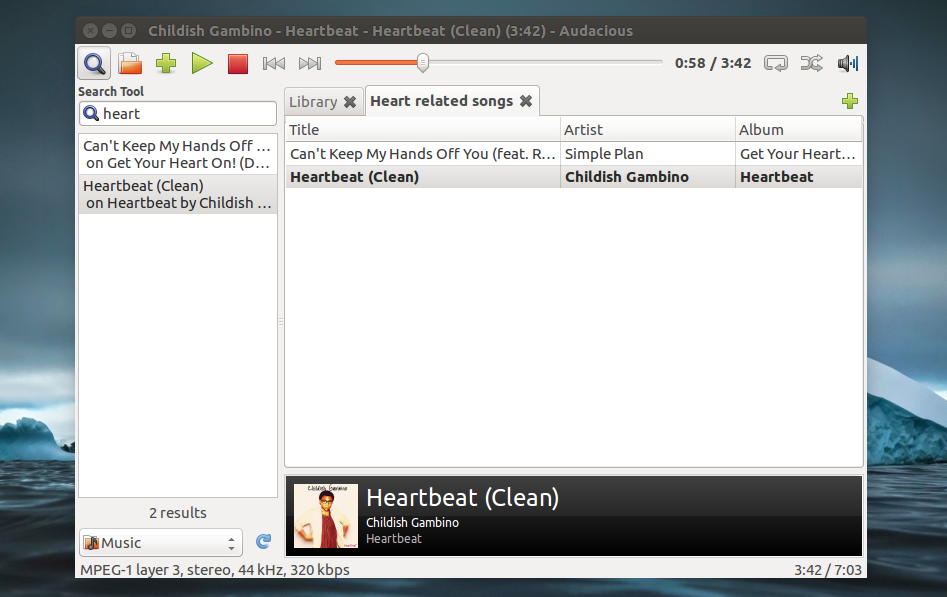 The Audacious audio player, popular with many Linux desktop users, slipped a belated present under the tree on boxing day: a new release!

Ubuntu users can install Audacious 3.10.1 on Ubuntu 18.04 LTS or above by adding the “Ubuntu Handbook Apps” PPA to their software sources:

Because the PPA contains newer versions of other apps users may have installed but not want to upgrade, I recommend removeing the PPA after installing Audacious 3.10.1:

On the flip side, leaving the PPA enabled will ensure users get future updates to Audacious as and when they are released.

RAW image editing tool Darktable got an update on Christmas Eve. The latest version of the open-source photography tool fixes over 250 bugs.

Dive into full details on these and other changes over on the Darktable blog.

To install Darktable 2.6.0 on Ubuntu 18.04 LTS or later you can use the Darktable releases PPA: 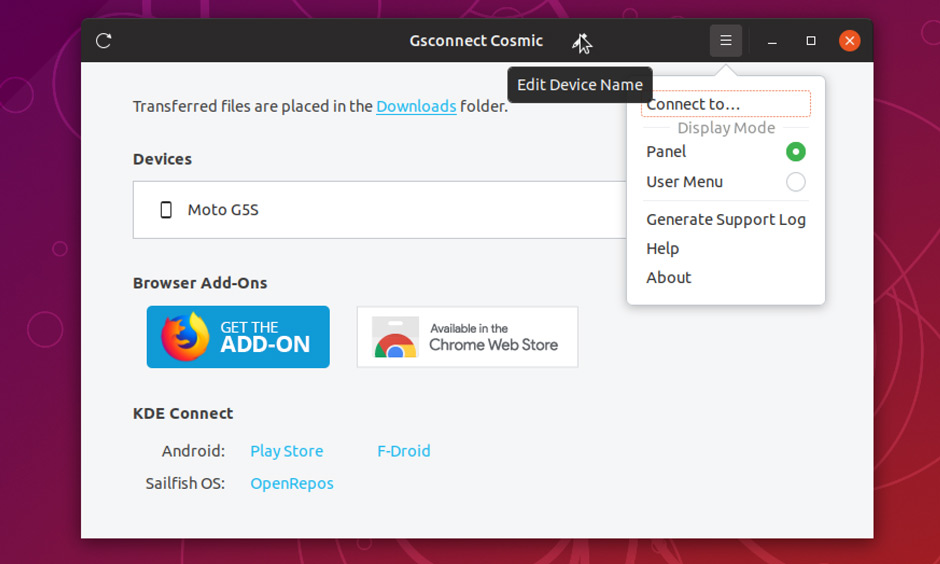 On Christmas day a new version of the GSConnect GNOME extension went live on Github. The sizeable update is not currently available from the GNOME Extensions website as of writing, but should be approved shortly.

Our guide on how to connect Android to Ubuntu has been updated.

The latest version lets you mount your Android device remotely using Gio/GVFS rather than, as at present, sshfs. Although still in use for now, the plan is to remove sshfs in a future version should Gio/GVFS prove stable enough.

GSConnect’s settings page now looks more consistent with other GNOME Settings panels and work has been done to improve accessibility with keyboard navigation and screen readers.

To use it you’ll need to manually enable the feature via dconf:

Obviously you’ll need to replace <device-id> with your device ID, which can be found by running this command:

Finally, the update feature improved contact sync but removes dependency detection. The latter change isn’t as dramatic as it sounds; users now need to install the nautilus-python package manually for the file manager integrations to work as intended. 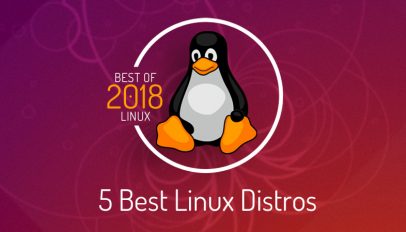 The 5 Best Linux Distros Released in 2018
Read Next