Another week, another roundup of recent Linux app, utility and distro releases.

This week we’re taking in a variety of projects, including a popular terminal tool, a development update a famous Windows compatibility layer, and a Linux distro that many (myself included) forget existed!

As always, these are the releases that either didn’t merit their own dedicated post, or I simply didn’t get around to writing about in the week.

As ever, a big thank you goes out to each and every one of you who takes the time to sends in news tips, project update pokes and articles suggestions via our Tip Form — you’re all stars! 🌟 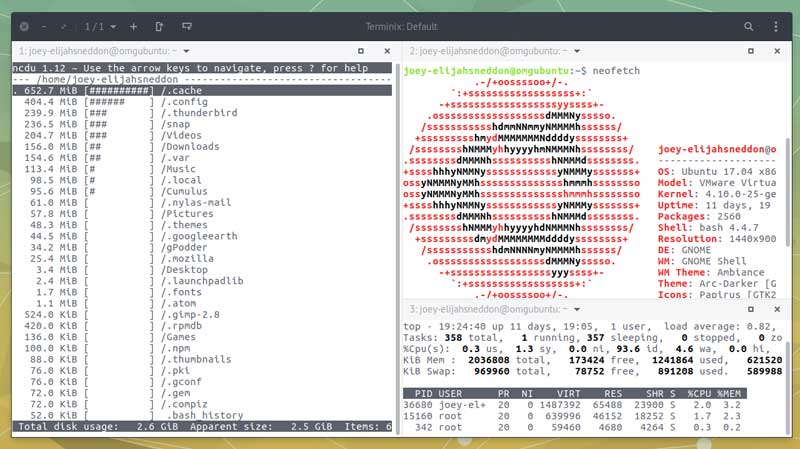 A new version of Tilix, the popular tiling terminal emulator, is available to download.

More of a maintenance update than one packing new features, Tilix 1.8.3 focuses on fixing key bugs and adding finesse to the existing capabilities.

Download the latest version of Tilix from the GitHub page to your download folder and, to install it on your system run the following commands:

Once install is complete you will be able open Tilix from the applications menu. 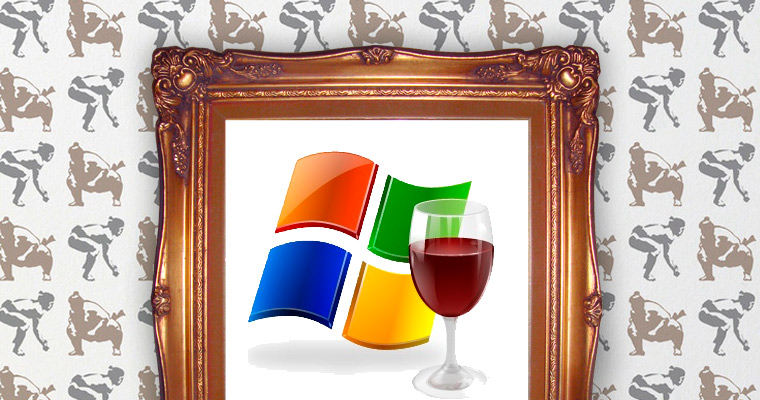 A new development version of Wine, the popular Windows compatibility layer for Linux, has been released for hardy testers to toy with.

Beyond the addition of DXTn texture decompression support there are few headline changes shipping in Wine 3.14:

Some of these bugs fixes will, for gamers especially, be worth the hassle of upgrading. Otherwise, just stick with the current stable release available in the Ubuntu repos.

You can learn more about Wine, and find links on how to install/upgrade, over on the Wine HQ website.

Is there a Linux app, CLI utility or distro we’ve missed? Let us know about it! 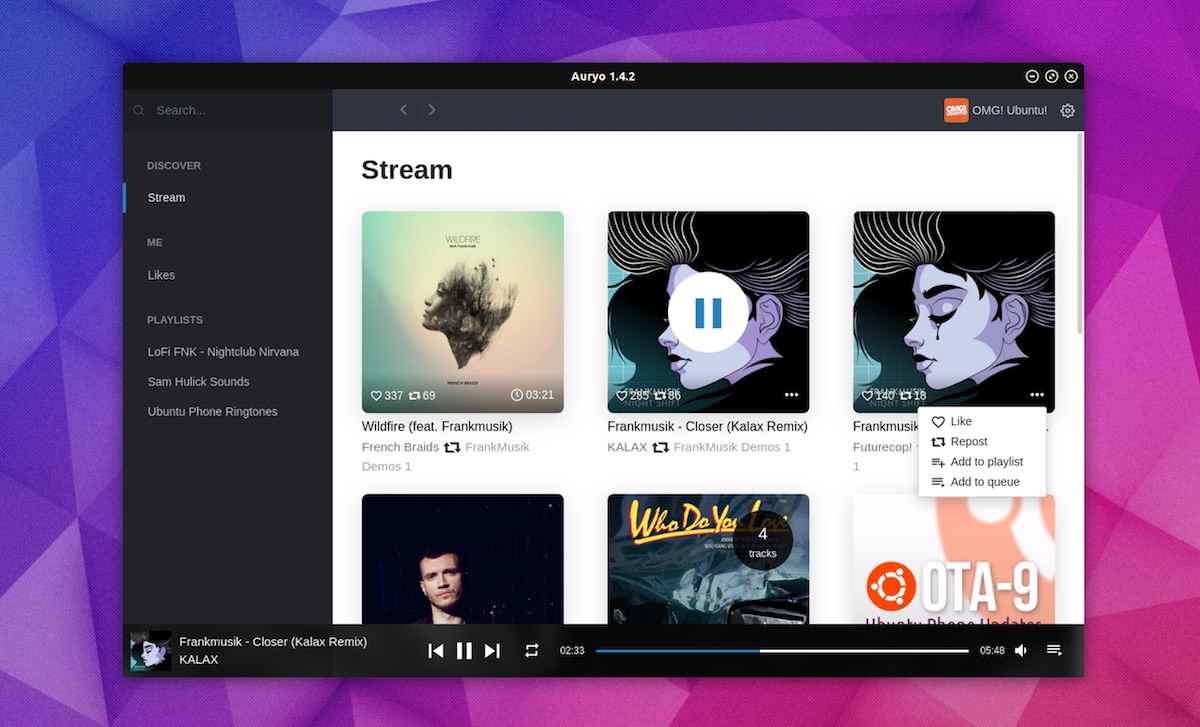 We featured the cross-platform desktop Soundcloud app Auryo all the way back in November of last year. At the time we praised the app’s ‘stunning as well as user-friendly’ UI, and championed its tight integration with desktop features.

Though it’s an Electron app, Auryo is a superb “bridge” to the Soundcloud music service. It boasts a slew of superior touches versus the browser-based version of the music streaming site, including keyboard media key support and track change notifications.

New features in Auryo 2.0.0, released this weekend, include:

The overall UI has also been prettified, with queues, search artist and track pages all benefiting from cleaner designs.

You’ll also find improved performance, a streamlined login process, and a set of tweaks that ensure that media controls and playback info are as accurate as possible.

You can download Auryo in a multitude for packaging formats for a moulted of operating systems from the GitHub releases page, linked below.

Linux users will appreciate the offer of regular Ubuntu installers, the choice of an AppImage and more. 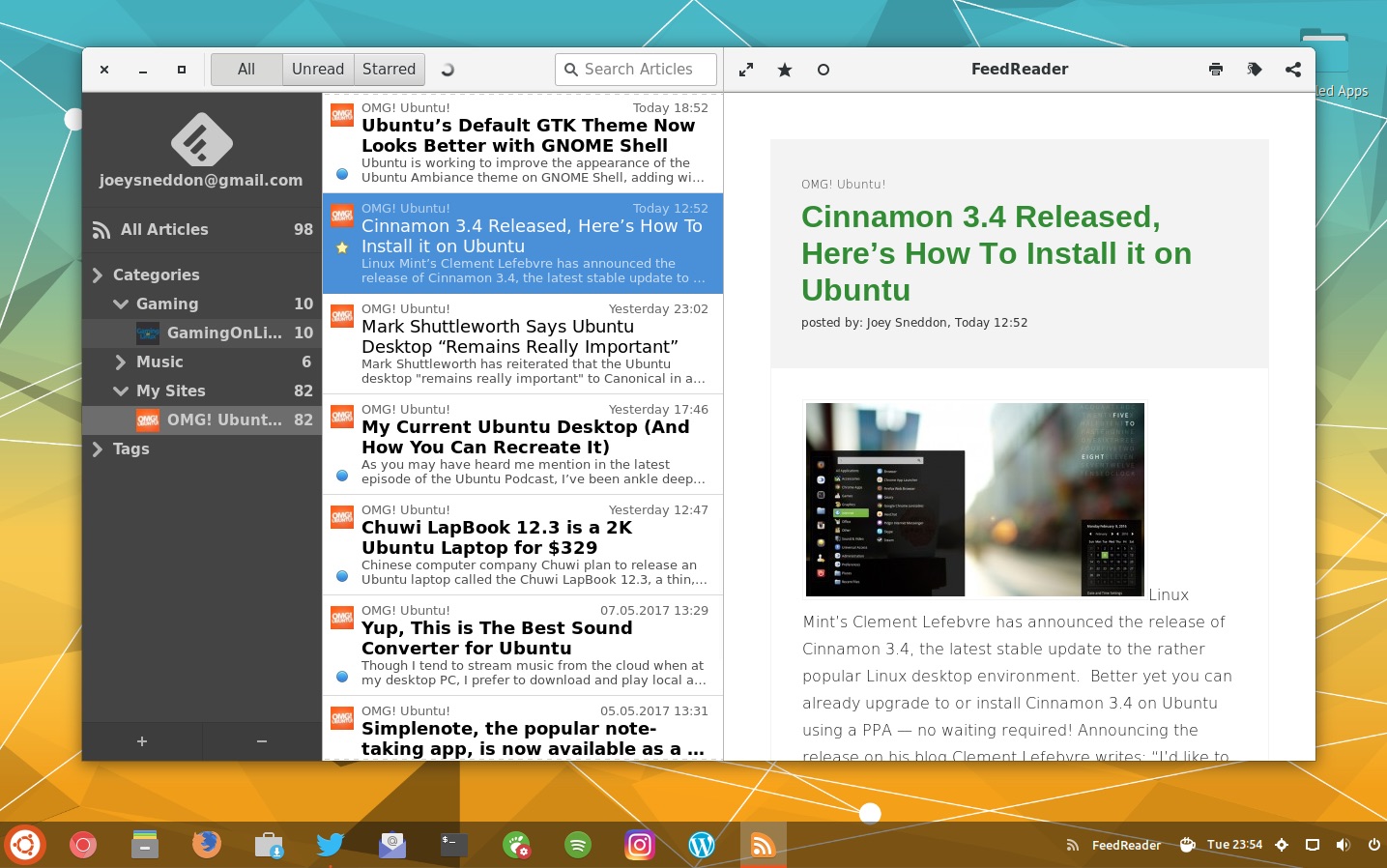 FeedReader 2.2.1 fixes a number of crashes and encoding and fixes a broken tag function in the FreshAPI.

Although this app is one I sorely want to use (I am a big RSS feed user) it’s one I rarely do. It suffers from a number of bugs and performance issues and has a number of spacing and sizing issues that, for for the way I work, make it difficult to use.

The app syncs with Tiny Tiny RSS, Feedly, Nextcloud (or ownCloud) and Inoreader.

FeedReader is available as a Flatpak app on the Flathub store. 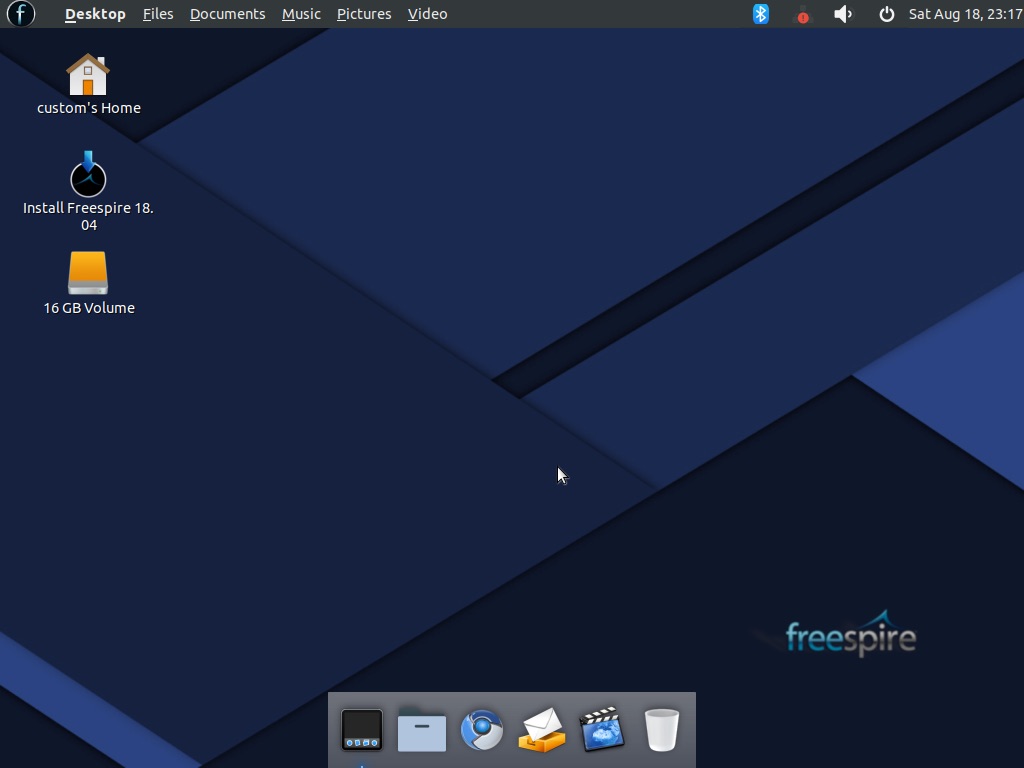 Freespire 4.0 ships with a new dark theme, a blue light filter, and support for both Snap and Flatpak applications.

Geary comes pre-installed as the go-to mail client, Chromium is the stock browser, and Audacious is on music player duties.

Based on the announcement post and screenshot, it’s not clear if the distro is still using the XFCE desktop, or whether it has switched to MATE (the ISO links reference MATE).

Regardless of what the desktop might be, Freespire users do get full access to the full Ubuntu 18.04 repos, allowing them to install whatever desktop environment, app, tool or service they want.

Rosyidi Alwan Microsoft thanks for this. Hope they will port their microsoft…
KDE Connect is Now Available on Windows

João Paulo Albuquerque But you're opening them .-.
How to Add Mac OS X’s ‘Quick Look’ Feature to Ubuntu

João Paulo Albuquerque What are the arguments to be a bad design?
How to Add Mac OS X’s ‘Quick Look’ Feature to Ubuntu