IBM is to buy open source software company Red Hat in a $34 billion deal — the biggest in Linux and open-source history.

And it’s the latter of these, the cloud computing synergy the partnership offers, that both companies are talking up.

IBM is currently one of the biggest providers of cloud services, siting third behind market leaders Microsoft and Amazon in terms of revenue.

But acquiring Red Hat IBM will see them leapfrog both competitors to become the single largest hybrid cloud provider.

Red Hat currently provide a slate of services to IBM’s computing rivals, including both Amazon and Google. IBM says it has no plans to stop this. Indeed, iBM and Red Hat want to “continue to build and enhance” these partnerships going forward.

“The acquisition of Red Hat is a game-changer. It changes everything about the cloud market,” IBM chief Ginni Rometty is quoted as saying in a statement.

“IBM will become the world’s number one hybrid cloud provider, offering companies the only open cloud solution that will unlock the full value of the cloud for their businesses.”

Rometty expands more on the fruits of the deal, using phrases like “driving growth”, “unlocking real business value” and other business talk.

Red Hat’s CEO Jim Whitehurst is (understandably) upbeat about the deal too, stating in a press release:

“Joining forces with IBM will provide us with a greater level of scale, resources and capabilities to accelerate the impact of open source as the basis for digital transformation and bring Red Hat to an even wider audience–all while preserving our unique culture and unwavering commitment to open source innovation.”

“We have barely scratched the surface of the opportunity that is ahead of us. Open source is the future of enterprise IT. We believe our total addressable market to be $73 billion by 2021. If software is eating the world – and with digital transformation occurring across industries, it truly is – open source is the key ingredient.”

The Red Hat brand is staying on

With so much focus on the cloud it’s easy to forget that Red Hat is a Linux company with fingers in plenty of other pies, including desktop Linux (with Fedora) and enterprise Linux (with RHEL).

Right now there are few major announcements (outside of the announcement itself) nor are there any lubricous implementation details on what will happen to projects like Fedora.

What we do know is what IBM is saying, and on that front it remains “committed” to maintaining what makes Red Hat Red Hat, including its open governance model, developer ecosystem initiatives, and other Linux related projects. It also plans to keep Red Hat’s HQ, facilities, brands and practices in place.

Red Hat’s Paul Cormier, President of Products and Technologies at the company, seems confident about this, describing “IBM’s commitment to keeping the things that have made Red Hat successful” as a ‘tremendous opportunity’ for Red Hat and the wider open source community.

It’s not entirely a done-deal yet; the tie-up has to pass muster with shareholders of both companies, and also meet any necessary regulatory approval.

But if all goes to plan — and there are few reasons to expect it won’t — the deal will close in the second half of 2019 and IBM will, in one move, become the dominant force in open source computing.

You can read the full press release on the IBM newsroom website. 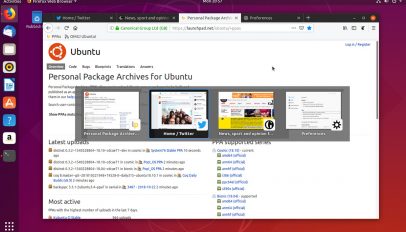