A major redesign of the Ubuntu Software app has been proposed by Canonical.

The planned overhaul, hammered out at a design sprint hosted by the company back in June, wants to make it easier for you, me, and everyone else to “discover” more new apps, more often than we currently do.

A series of mockups depicting the idealised “front page ” for the GNOME Software & Ubuntu Software stores have been produced by Canonical design team member Matthew Paul Thomas, all aimed at making the catalog experience a tad more exciting.

—Which if we’re all honest, it could do with!

For more on the plans (which are just ideas right now) read on!

Open the Ubuntu Software app on your desktop and you’ll be greeted by something that looks like this: 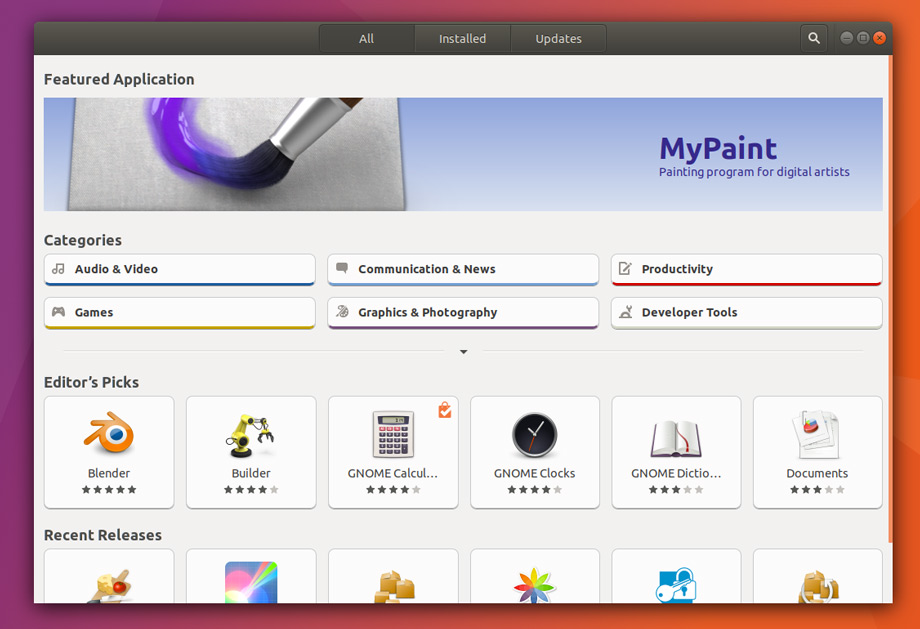 This is the stock look of the stock “app store” on Ubuntu.

A banner at the top of the store home page shouts about a featured (Snap) app. Underneath this is area list of general software categories, follow by rows of editor’s picks, and recent releases.

It’s basically okay, right? Utilitarian, almost. It’s not particularly pretty, but it gets the job done.

Now think think about how you use the app and …Well, let’s be honest: you probably don’t.

I only open the Ubuntu Software app when I’m having trouble installing something from the command line. And in those cases I only use the search feature to find and install an app I already know the name of.

Rarely (if ever) do I take the the time to actually browse the store and its offerings to come across “new” apps that are available in the archives.

Why? Because the “discovery” experience is pretty poor.

Sure, there are categories as well as support for showing apps matching a more general search term. But the ranking of apps in list, that seems scattershot at best or defective at worst, isn’t particularly helpful.

It doesn’t help me make decisions.

Then there are app listings themselves. They often lack useful screenshots or concise descriptions. It’s often difficult to tell whether the version i’m looking at in the store is the latest version or fourteen point releases behind? Who uploaded it? When?

And where Snap apps are concerned: is it even safe?!

In short, Software makes me do all the work — something that Canonical’s proposed designs clearly want to change.

Canonical clearly want more of us to use the software app and to use it to explore and install more apps, more often.

“The more interesting we can make the front page, the more likely people are to return, and to encounter software that is useful to them,” writes Canonical’s Matthew Paul Thomas in a Gitlab issue.

Enter their proposed redesign, which wants to remould the front page of Ubuntu Software in to something resembling a “magazine”:

Under these plans the front page of the store would quickly feel more alive, more engaging, and more dynamic. It’d be an ever-changing portal with enticing lures for the latest and greatest  apps around.

Key to the plans is the introduction of ‘editorial’ content, similar to that that can be found in the Apple App Store since the release of iOS 11 (and coming to the desktop version in macOS High Sierra): 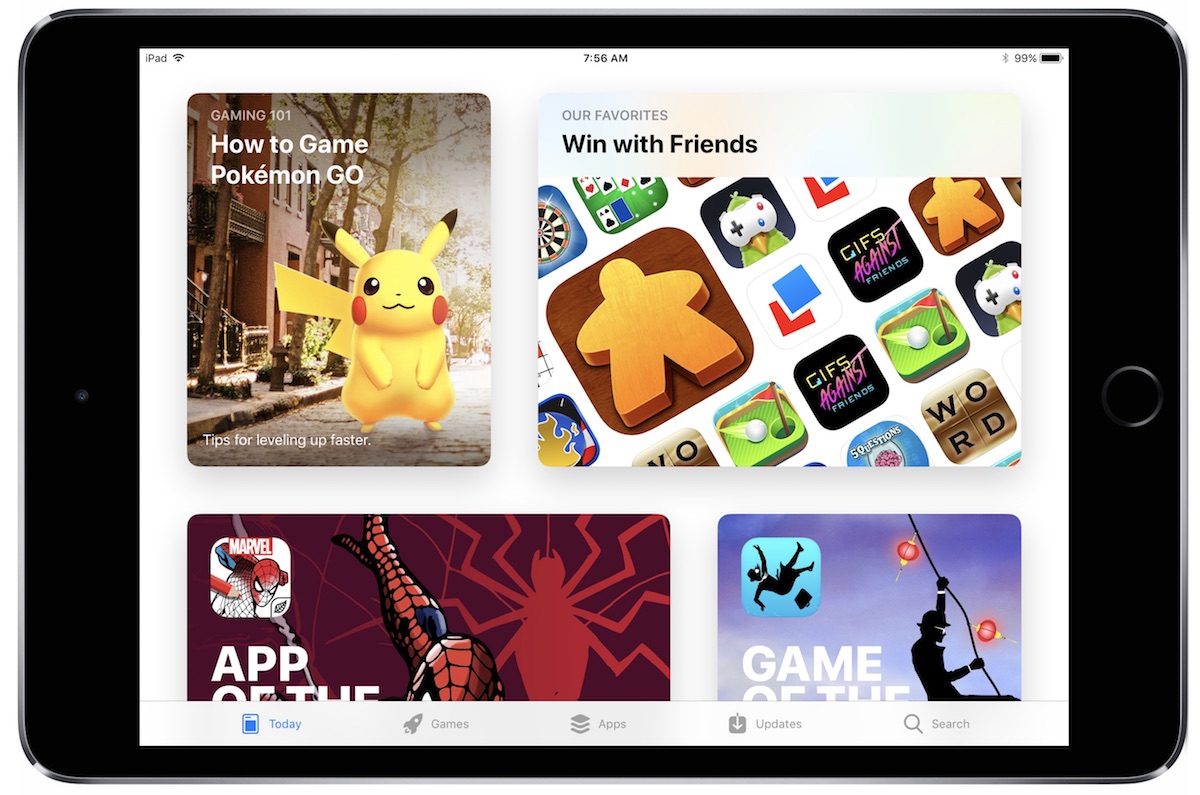 We’re talking curated lists of apps — “this week’s best new games!”, “5 apps for creating stunning selfies”, “Software for Relaxing” — as well as tutorials for apps on offer, interviews with developers of recently added tools, and general news about the distro itself.

Both Canonical and Red Hat (via the Fedora community) maintain blogs and planets through which they often promote or highlight new software. This feature could easily hook in to and display content from those.

The change would somewhat wrestle app recommendations out of the hands of Linux bloggers and magazines and into the velveteen gloves of distro maintainers. They’d be free to blend upstream and downstream content, or stick solely to sources they approve of.

I have to ask if centralising these reviews to people who have a vested interest in promoting said wares — Canonical plan to introduce support for paid Snap apps soon, of which they’ll get a % of sales — is something the open-source community would embrace or view with suspicion.

And even if the changes are made, would they be enough to convince the majority of independently minded and technically proficient Linux users to start using an app over faster, leaner solutions like the command line?

All ideas for now

As stated earlier: these ideas are merely ideas. Nothing has been confirmed or planned, and the ‘next stage’ for Canonical is to produce better mockups and wireframes to explore the ideas.

I can’t help but feel there’s a small dose of designing for the kinds of users Linux doesn’t have, based on the kinds of apps Linux don’t have.

What do you think of these app store mockups? Comment below!
Dev mockups Software Center