The GNOME project recently received a $1 million donation from an anonymous benefactor — now it seems the altruism is spreading to other open source projects.

The folks behind elementary OS, a popular Ubuntu-based Linux distribution, have revealed they too recently received a “large private contribution” from an otherwise anonymous donor.

So large is the donation they say they’ve been able to hire one of their part-time volunteers full time!

Step up new hire Cassidy James Blaede, who explains more about the financial boost in a blog post to announce his job change:

“Thanks to […] a large private contribution, I now have the opportunity to [work on elementary OS] full time as my career. I plan to continue to focus on the areas I’ve been working on as a volunteer, plus dedicate time to working with OEMs, app developers, and other parties to help keep elementary financially sustainable.”

Prior to now Cassidy was limited to spending his free time after work and on weekends to contribute to the project.

“As a part-time volunteer I helped with business administration, contributed to design discussions and improvements [and] made several bitesize code fixes,” he writes.

Given that his face is nigh-on synonymous with the elementary project thanks to frequent podcast appearances and multiple media interviews, that’s a rather amazing fact to learn.

But now he’s going full time, doing what he loves.

Elementary is not the only open source to rely on donations (community or otherwise), sponsorships, and/or partnerships to fund their ongoing efforts.

Linux Mint is the most famous example. It receives tens of thousands of dollars each month in user donations, as well as varying levels of sponsorship, community sponsors, and a revenue deal from the sale of MintBox PCs.

Elementary also get funding through a “pay what you want” scheme for their OS. This asks user looking to download the OS to contribute a few bucks first (you can enter $0 to get it gratis).

This has proven to be a successful model for the free software company, with elementary founder Daniel Fore already able to work full time on its efforts.

Didn’t know elementary was that popular? Daniel Fore quips on Reddit that “elementary is much more popular” than people otherwise expect.

Back to the donation and elementary is (understandably) choosing to be coy about the source, size and stipulations attached. They do say that the financial boost is “enough” to allow the company to hire Cassidy ‘confidently’.

Regardless of how much and from whom, it’s always nice when open source projects find a sustainable footing, and seeing a part-time volunteer go full-time employee is something we can all cheer. 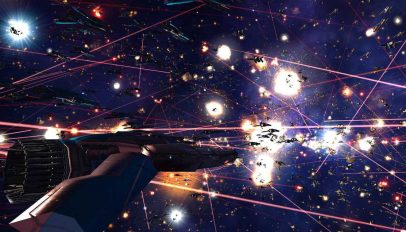