Have you been patiently waiting for the ability to run Linux apps on your Chromebook since word of Crostini first surfaced?

If so, your patience is about to be well rewarded.

Google is preparing to roll out this exciting Chrome OS feature as part of its next OS update, giving more users the opportunity to install and run Linux apps on their Chromebook.

‘Linux (beta) for Chromebooks’ will ship in Chrome OS 69, due for release on September 4

‘Linux (beta) for Chromebooks’ will ship as part of Chrome OS 69, which is currently slated for release to the stable channel on September 4, 2018.

That may sound complicated and involved, but Google has worked hard to ensure the process is as straight forward to use as possible.

Users simply enable the feature, open the terminal, and start installing app from the command line. These apps can be launched from the Chrome OS launcher and managed like any other Chrome or Android app. 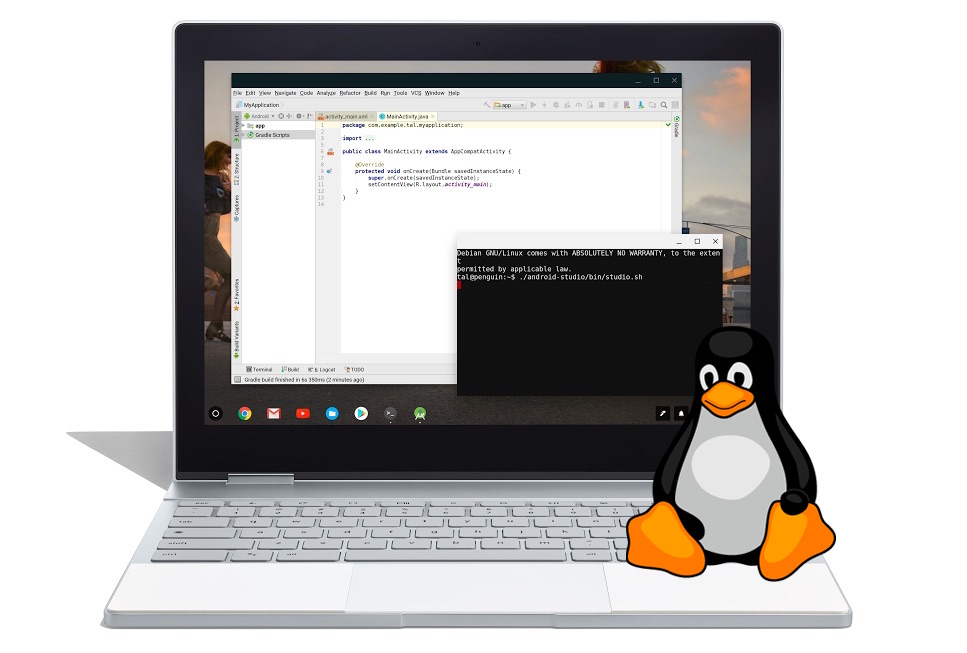 There is a small caveat, however.

While Google plans to include the Linux VM tech as part of the stable Chrome OS 69 release next month the feature will, for now, be in beta and will not come enabled by default.

Users who want to use it will need to explicitly opt-in before they can install or run Linux apps.

Thankfully, Google isn’t making it difficult to do.

Anyone with Chrome OS 69 or later on a compatible Chromebook will be able to enable Linux for Chromebooks directly from the Settings > Linux page.

No flags, no developer mode, no obscure or arcade commands.

“After developers complete the set up, they’ll see a terminal in the Chrome launcher. Developers can use the terminal to install apps or packages, and the apps will be securely sandboxed inside a virtual machine,” the Google release notes for Chrome OS 69 explains.

The Chromium OS wiki page ‘Running Custom Containers under Chrome OS’ answers just about every question someone may have on feature, including the distro, kernel and virtualisation specifications, info on the various bespoke tools Google has create to assist with running Linux apps on Chromebooks, and more.

No-one should expect miracles though; virtualisation has limitations, and Google’s particularly inventive implementation is no exception. Networking and unaccelerated graphics work, as do Wayland and X apps, allowing most desktop and CLI apps to run without issue…

But a list of missing features will limit what users can do. Audio support, accelerated graphics and video hardware decoding among the features which do not yet work.

That means hoping to buy a cheap Chromebook to load Steam on may want to think twice — gaming won’t be much fun without accelerated graphics or audio!

Google says it is not enforcing any strict hardware requirements, like specific RAM amount or HDD space, to enable the feature.

That said, kernel and other hardware requirements (like needing VT-x & VMX support in the CPU) mean that only a small selection of Chromebooks will support the feature for now.

The following is a list of Chromebooks compatible with the Linux for Chromebooks feature:

A select number of Chromeboxes are also eligible.

How to Enable Linux (Beta) for Chromebook

The Linux VM feature is available as a beta feature in Chrome OS 69 or later.

If you have a compatible Chromebook (see the list above) and have the latest OS update installed, you can enable it for yourself by following these three simple steps:

Linux will take a little while to download and install. Don’t turn off or lock your device until installation is complete.

Once install complete you’ll see a terminal window appear on your screen. From here you’re free to explore, install apps exactly how you would on Ubuntu. For instance, to install GIMP just run:

You can access Linux files in Chrome OS via the file manager.

All VMs and containers (along with any data you store while using them) persist between sessions, so you can quit apps, logout, etc without worrying about resetting anything. All data is stored in the same encrypted storage as other Chrome OS data. 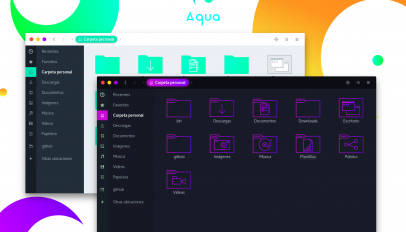