A number of major improvements are headed to Nautilus, aka Files, aka the file manager at the heart of the GNOME desktop environment.

Nautilus 3.30 Changes to Look Out For

The main Nautilus toolbar stripped across the top of the window has been given a minor rejig.

The main app menu has been moved from the GNOME Shell top bar to the hamburger menu (GNOME Shell is moving all app menus back inside apps).

The path bar also has a new look. It swaps chunky buttons for a subtle text-based structure (which, yes, can still manually edit AIUI).

Have you ever accidentally zoomed in/out while trying to open a new file manager tab from the hamburger menu?

Well, you won’t any longer. “View” options are now housed in a dedicated menu that sits beside the view switcher button.

The contents of the view menu change depending on which view is active, with more options available in icon mode (see screenshot above) than in list view (which has sortable column headers).

Search is now integrated into the path bar

The way Nautilus search works isn’t changing — tthough there is a workaround to get type-ahead search back — but the feature will no longer use a drop-down input bar.

Instead, activating file search in Nautilus 3.30 will morph the path bar from breadcrumb trail to editable text field:

Users of Ubuntu will also notice that file searches list recently used files quicker than before.

Canonical helped contribute to this search speed improvement for systems which don’t use Tracker, the GNOME file indexing engine.

This is useful for when you want to create a new document from a template in your ~/Templates folder, or action a file/folder using a Nautilus extension like “open in terminal”.

When resizing the file manager file thumbnails and folder icons now realign evenly, with space distribution anchored to the middle of the window. It sounds minor and, usability wise, I guess it is, but the result is beautifully smooth reflow with no ugly empty space at the side.

Nautilus 3.30 will also feature other, smaller, and less obvious changes, such as support for low resolution screens (Nautilus can be squished as low as 530px now) and the addition of an “Open in Disks” button to the “Properties” window of external device(s) or partitioned drive(s).

Security wise, the file manager now treats .desktop files, mostly used for launching application, as regular files, i.e. it opens the file in a text editor rather than opening the app. This is both reasonable (we should launch apps from the app launcher; Nautilus no longer draws a desktop) and part of an ongoing security effort tackling how the file manager handles binary files.

No decision yet on which version of Nautilus Ubuntu 18.10 will ship with

But no decision has been made about which version of Nautilus Ubuntu 18.10 will include — at least, not publicly, or at the time of writing this post.

Why stick? Ubuntu 18.04 LTS uses an older version of Nautilus for one important reason: desktop icons.

GNOME developers (for not entirely illogical reasons) removed Nautilus’ ability to draw and manage desktop icons earlier this year — a feature millions of Ubuntu users use and expect.

Interestingly Ubuntu devs are apparently working with GNOME developers on a “solution” to the impasse, but exactly how it will work, what it will look like and when it’ll be available to test is not yet clear.

P.S I stole some of these screenshots from our good buddy Alex over @ BabyWOGUE so if you have any issue/aversion/trigger to his use of anime wallpapers please do let him know via Twitter. He’ll really appreciate it 😉. 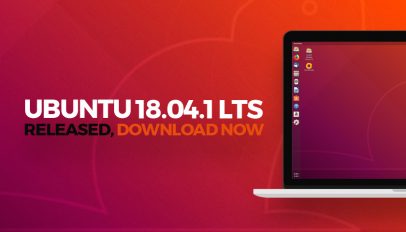