Application menus in the GNOME Shell desktop environment may be about to move.

GNOME developers have proposed moving app menu entries back inside applications windows, in to the “hamburger menu” that most modern desktop apps use.

“This would be relatively easy to implement, and even bend in nicely with some third-party apps like Firefox and Chromium, which already use a similar pattern,” GNOME devs right in their proposal.

But is changing core desktop usability a good idea?

GNOME application menu currently sit next to the Activities button in the top bar. They display the name of the focused/active application and (depending on the GNOME Shell theme in use) the corresponding application’s icon.

The app menu itself provides quick access to “global” actions like ‘Quit’, ‘Help’, ‘Preferences’, and ‘About’, i.e. actions which affect all windows/instances of the app rather than one particular window. 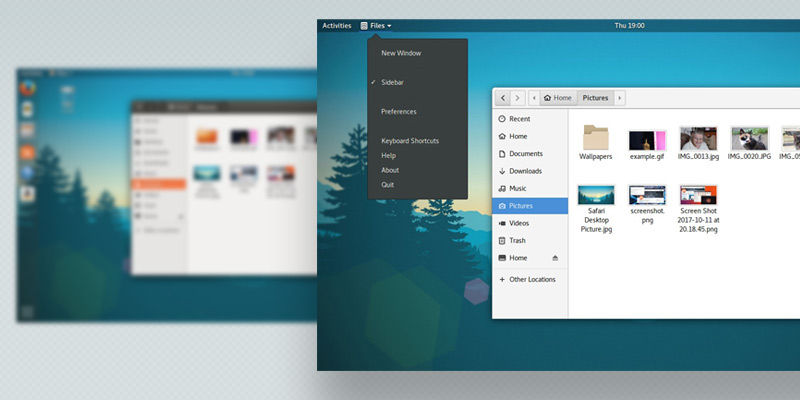 For example, in Nautilus the app menu has options to show/hide the sidebar. Changing this setting will affect all file manager windows that are open, at the same time.

Under the “migration” proposal multi-page and split-pane apps would show the “app menu” options in a hamburger menu on the top-level page, with non-top-level or secondary pages offering a “dotted menu” with regular options, settings and actions: 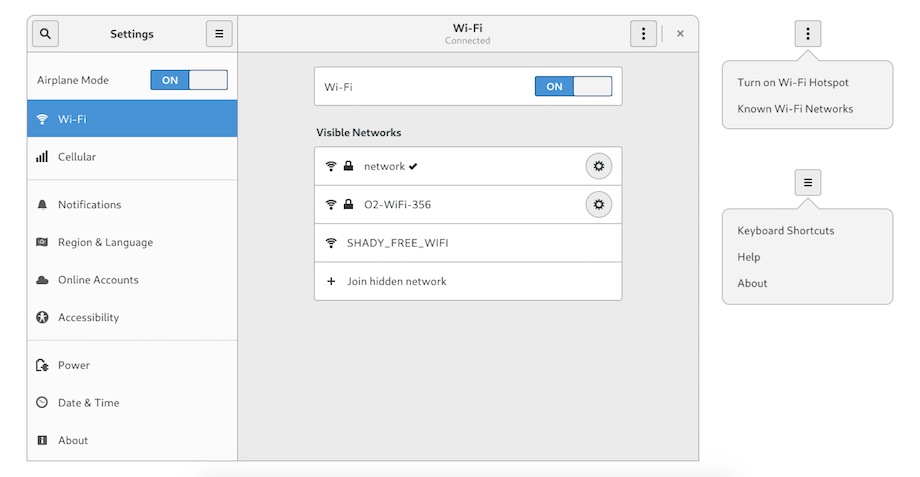 For apps like Nautilus and Web, which aren’t multi-paged, the hamburger menu will show both global and window-specific actions, separated by a horizontal dividing line: 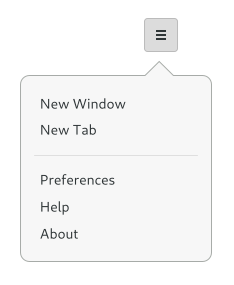 GNOME developers cite some “pretty big problems” with the current app menu implementation. Among them:

The latter point strikes a chord with me.

Even I, someone who uses GNOME daily, often forget that there’s a menu at the top of the my screen! It doesn’t help that most third-party applications do not use the app menu, and the few which do only use it offer a “Quit” and “About” item in.

So I think this migration proposal has merit.

The app menu is rather moot all things considered; it’s unloved and unused, and adds unneeded complexity to the GNOME workflow. I’d wager some users aren’t even aware that the app menu is even a menu!

GNOME themselves state that no other desktop environment, operating system or platform uses a similar pattern.

The currently plan is to keep the existing app menu in the upcoming GNOME 3.30 release (due in September) to give developers some time to adapt their apps.

Although GNOME 3.30 will include app menu support the hope is that most apps will migrate over to hamburger menus early.

In GNOME 3.32 (due March 2019) devs will remove app menu support from the shell. Any apps which haven’t been updated to the new model would use a GTK fallback.

Are GNOME devs making the right decision? Let us know in the comments!
Dev GNOME 3.30

P. P. So if those things are literally on your agenda you…
Devs Get Ubuntu Running on Apple Silicon, Say It’s ‘Completely Usable’